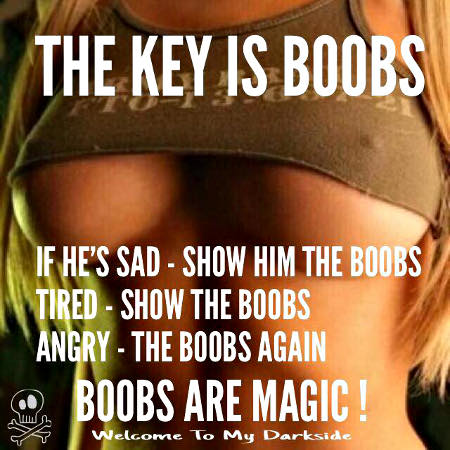 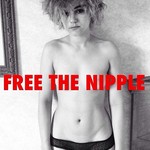 Coal Is The New Black?

You may have heard, and even thought – if you’re not one of impis of the “Black Community”, that Queer was the new Black. This is untrue, however, at least in Bristol County, Massachusetts. In that area of the country coal is the new Black.

Recently, District Attorney Sam Sutter of Bristol, Massachusetts, used his prosecutorial discretion to drop all criminal charges against two eco-terrorists – Jay O’Hara and Ken Ward, who were set to go on trial Monday for blocking a shipment of 40,000 tons of coal because of…Global Warming. Sutter chose to drop the charges solely because he believed in- and supported O’Hara’s and Ward’s actions and position, as he made explicitly in two separate statements to the media.

Climate change is one of the gravest crises our planet has ever faced. In my humble opinion, the political leadership on this issue has been sorely lackingâ€¦. This symbolizes our commitment, at the Bristol County district attorney’s office, to take a leadership role on this issue.

As in all instances, I first had to consider the people of Bristol county. In addition to that, I had to give strong consideration to the cause that led to the act of civil disobedience. And I agree that climate change is one of the greatest crisis the planet has ever faced and that we have to act more boldly now.

This moral, if not legalistic, crime is nothing new. Both before and during the “Civil Rights” era it was not uncommon in some areas for prosecutors to refuse to bring charges against Whites who committed crimes against Blacks,Â even when the evidence in favor of prosecution was both clear and overwhelming, solely because those prosecutors, just like Sutter, believed that the criminals’ behavior was justified and necessary.

So forget the Queers. In the ways that really matter, it’s coal, not them, which is the new Black.

This entry was posted on Saturday, September 20th, 2014 at 10:31 am and is filed under Politics. You can skip to the end and leave a response. Pinging is currently not allowed.

As all with rational minds know, the queers really seem to get off on portraying themselves as victims of oppression. It’s also a simple fact that the queers and their enablers stridently proclaim any law that either doesn’t validate their lifestyle or doesn’t infringe upon Americans’ religious freedoms as some act of horror, segregation, and/or apartheid.

As such it’s easy and normally best to simply discount them as immoral agendists who care nothing for anything but their own self-images. But what about those singular times when the Queers are neither wrong nor hyperbolic in their claims?

On Tuesday, February 11, 2014 the Kansas State House of Representatives easily passed House Bill 2453 by a vote of 72 : 49.Â  Kansas’ HB 2453 would permit individuals, businesses, and government employees to deny service to same-sex couples on the basis of their religious principles.

AN ACT concerning religious freedoms with respect to marriage.

Be it enacted by the Legislature of the State of Kansas:

(a) Provide any services, accommodations, advantages, facilities, goods, or privileges; provide counseling, adoption, foster care and other social services; or provide employment orÂ  employment benefits, related to, or related to the celebration of, any marriage, domestic partnership, civil union or similar arrangement;

(b) solemnize any marriage, domestic partnership, civil union or similar arrangement; or

(a) Notwithstanding any other provision of law, no refusal by an individual or religious entity to engage in any activity described in section 1, and amendments thereto, shall result in:

1) civil claim or cause of action under state or local law based upon such refusal; or

2) an action by any governmental entity to penalize, withhold benefits from, discriminate against or otherwise disadvantage any protected individual or religious entity, under any state or local law.

(b) Any individual or religious entity named in or subject to a civil action, an administrative action or any action by a governmental entity may immediately assert the protections provided by section 1, and amendments thereto, or this section, as a defense by moving to dismiss such action. If the motion to dismiss is filed in an action before an administrative tribunal, within 15 days after the filing of such motion any party to such action may elect to transfer jurisdiction of such action to a district court with proper venue. Within 60 days after such transfer of jurisdiction, the district court shall decide whether the claimed protection applies. The district court shall not permit any additional discovery or fact-finding prior to making its decision.

(d) If an individual employed by a governmental entity or other non-religious entity invokes any of the protections provided by section 1, and amendments thereto, as a basis for declining to provide a lawful service that is otherwise consistent with the entity’s duties or policies, the individual’s employer, in directing the performance of such service, shall either promptly provide another employee to provide such service, or shall otherwise ensure that the requested service is provided, if it can be done without undue hardship to the employer.

Section 3. Â As used in sections 1 through 4, and amendments thereto:

(a) “Religious entity” means an organization, regardless of its non-profit or for-profit status, and regardless of whether its activities are deemed wholly or partly religious, that is:

2) an entity operated, supervised or controlled by, or connected with, a religious corporation, association, educational institution or society; or

3) a privately-held business operating consistently with its sincerely held religious beliefs, with regard to any activity described in section l, and amendments thereto.

(b) “Governmental entity” means the executive, legislative and judicial branches and any and all agencies, boards, commissions, departments, districts, authorities or other entities, subdivisions or parts whatsoever of state and local government, as well as any person acting under color of law.

(b) Nothing in sections 1 through 4, and amendments thereto, shall be construed to allow any individual or entity, acting under color of state law to perform any marriage prohibited by state law, including, but not limited to, laws relating to plural marriage, incest, consanguinity and marriageable age.

(c) Nothing in sections 1 through 4, and amendments thereto, shall be construed to authorize any governmental discrimination or penalty against any individual or religious entity based upon its performance, facilitation or support of any celebrations of same-gender unions or relationships.

(d) The provisions of sections 1 through 4, and amendments thereto, shall be construed in favor of a broad protection of religious exercise, to the maximum extent permitted by their terms and by the constitutions of this state and the United States of America

Section 5. This act shall take effect and be in force from and after its publication in the statute book.

I’m always among the first to discount and disparage the “usual suspects” in the special interests activism sphere but I have to side with their claims on this one. It’s essentially Jim Crow as applied to queers or, at least, any queers who are publicly couples.

Admittedly, I’m somewhat ambivalent over all parts of this bill that pertain to the private sector because I don’t think that the rights and privileges of queers should ever trump Americans’ rights to free association, property, or religious expression. The government and its employees, however, do not enjoy all of those rights and including them in the bill is more than a little disturbing.

Finally, as purely a matter of law, I don’t like this bill at all. I can’t see where an objective legal test can be made for “sincerely held religious beliefs” and, hence, this law is crying out to be voided solely on those grounds by the Courts.

This entry was posted on Friday, February 14th, 2014 at 11:50 am and is filed under Politics, Religion, Society. You can skip to the end and leave a response. Pinging is currently not allowed.