Archive for the '2010 Election' Category

They Can Run On This 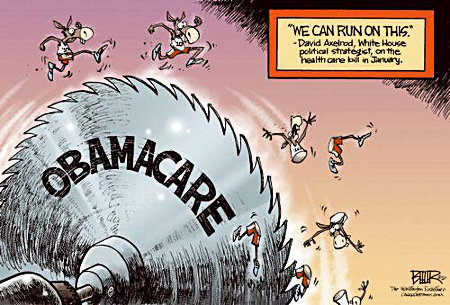 No! Make Them Run On This!

As we begin the planning for the upcoming 2014 midterm elections – and early stage setting for the 2016 Presidential elections – the Democrats are, of course, scrambling for platforms to run upon. My thought is to give them a “hand-out” and provide them with one – ObamaCare and their support thereof.

I think we can run on this. I think there is so much in here that has value to every American, and mostly to people who have insurance.

ObamaCare has “worked so well” that we, the People shouldn’t let the Dems run upon it; we should make them run upon it and we can do exactly that if we choose the discussion instead of letting our domestic enemies say whatever they want in order to gain or keep power over us.

Let’s make it 2010 all over again and continue the rebirth of our nation. Then we can impeach and remove Obama, Holder, and many others throughout the Executive and Judicial branches of the Obama Regime.

Sarah Palin Is So Stupid

If you tune into the news, whether it be mainstream (“Lamestream” and Liberal / Socialist) or alternative, you’ve been inundated by the puling, anti-American Liberals deriding Mrs. Sarah Palin. Most often their greatest insult is that she’s “so stupid.”

I’ll leave aside for the moment that this hatred and fear started with the wastes-of-vaginas that make up the modern iterations of the Feminists.

So, concentrating in this post instead upon the more generalized Leftist hatred and derision of Sarah Palin, we are left with with factual and logical failing that they, the puling anti-American Liberals and Progressives, cannot even bear to admit to.

Sarah Palin is so stupid that she backed Sarah endorsed 94 candidates in the 2010 local, state, and national elections, of 60 won, 33 lost, and 1 race still being undecided. That’s a 64% success rate and better than all of the power brokers who feed off of D.C!

Tell me, you  filthy little Liberal vermin, how many of the few Democrat candidates who were willing to let your Messiah, Obama stump for them won? Harry Reid and who?

Yeah, Sarah Palin is so stupid. With stupid like that you’ll be calling her Madame President or un-assing the country. For the record, I strongly suggest the latter; it’ll save Americans the cost of ammo.

Remember how, back in 2008, the domestic enemies of America declaimed that our nation had lurched to the Left like some sort of shambling, drug addicted, derelict? Remember how they crowed that the installation of Barack Obama as POTUS proved that resistance to the Leftists’ agenda was futile? 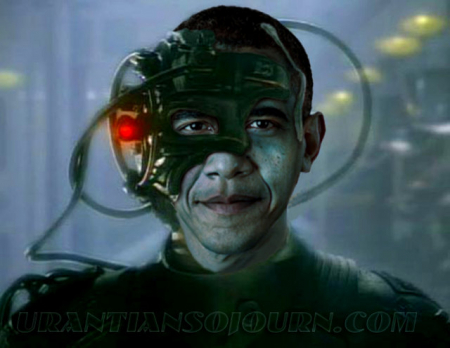 Barackus of Borgistan Was Wrong; Resistance Was Not Futile

They and their Messiah, President Obama, were very, very wrong. Resistance was not futile; America has not lurched to the Left and remains a proud and sovereign nation. The results of the 2010 Elections, which turned the nations electoral map red at local, state and federal levels, proved that to any and rational minds without a shadow of doubt.

To quote Obama, himself:

To the followers of Obama and his anti-American agenda I say, amend your faith and assimilate, as all foreigners within our borders must, into the Body of America or be treated as any other cancer or foreign infection must always always be treated.