Don’t Be A Racist!

Two journalists, Bob Parks and Dan Joseph, have teamed up to make a must-watch video that points out the rampant hypocrisy of Liberals’, Progressives, and their minority tenants’ absurd accusations of racism they are ranting, raving, and jabbering at Americans.

Bob Learns How Not To Be Racist

What America’s domestic enemies’ claims boil down to is, “Don’t be racist! Unconditionally support Obama against the American people.” This is because the truth is “racist” if it doesn’t favor the Liberals, Progressives, or their chattel – or so they want Americans to believe.

Then, the truth has always been a poor second to the message to those sorts so this is unsurprising.

I absolutely love Parks’ and Joseph’s treatment of this situation.  Rebutting these lies with humor and ridicule as opposed to the outraged denial that our enemies so want is probably the best way of handling the situation short of wholesale punitive violence.  The irony of using their “saint,” Saul Alinsky’s own rules against them is sweet as well.

Ridicule is man’s most potent weapon. It’s hard to counterattack ridicule, and it infuriates the opposition, which then reacts to your advantage.

I have to admit though that the way the Liberals, Progressives, and the “Black Community” tend to react does pose some risk to the American people, so this tactic is not without risk. Yet, we are all soldiers in the war for our nation’s future and our children’s legacy and soldiers must often put themselves in harms way for the good of the country.

In this war for America’s future I do not believe in a proportional response to attacks from America’s domestic enemies. There are not enough Liberals, Progressives, or their minority tenants to provide enough lives to pay for the tears of one single American child. What is without worth can never pay for what is beyond price. 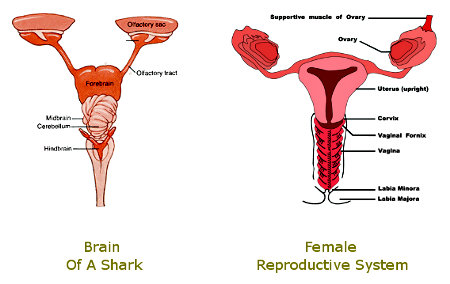 Does function follow form or does form follow function? Either way, much is explained at long last. 😆