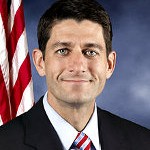 It’s sad that the fair’s longstanding tradition of “the soapbox” was marred by Leftist violence but not shocking in the slightest.

Despite the Lamestream Media’s incessant lies about Americans being “extremists” and violent, it has always to date been the Liberals and Progressives who’ve chosen lawlessness to reach their ends.

According to reports from the scene, several protesters tried to force their way onto the stage from which Rep. Ryan was speaking. They struggled with police and had to be physically removed from the stage. Other reports indicated that one female Ryan supporter was punched in the face by a protester, and State Senator Joni Ernst, R-Red Oak, was pushed to the ground.

Other reports from local sources indicate that the Liberal thugs not only assaulted Iowa State Senator Joni Ernst, they also assaulted her her husband and 12-year-old daughter.

Rep. Ryan, exhibiting his trademark aplomb, good character, and high-mindedness, was not silenced by the attacks, nor did he allow these thugs to visibly anger him.

It’s funny because Iowans and Wisconsinites, we like to be respectful of one another and peaceful with one another and listen to each other. These ladies must not be from Iowa.

Much to Iowa’s shame, Rep. Ryan was wrong about these vermin. All of the violent protesters were reported to be from the Action Fund of the Iowa Citizens for Community Improvement, a Left-wing activist organization who regularly employs operatives to violently disrupt political events in the hopes of silencing their American enemies.

Paul Ryan seems to be a good man and a good Christian, preferring to listen to his better angels and to turn the other cheek when attacked by our shared enemies.  I, however, follow a different and less forgiving path as do many others in our country. To that end, below are the contact details for these filth’s headwaters in case anyone wants to email, call, or mail them something to show America’s intolerance for their agenda and methods.

Their core personnel can be found here in case any American wants to take the time to find them and show them the error of their ways in a more personal fashion. 😉

What each of us choose to do to these vermin, if anything, is a matter of personal choice. Be aware though that Leftist violence will only escalate in the coming weeks and month if no strong action is taken to quell them and to apply a chilling effect on their willingness to act.

They certainly need to be taught that reciprocity is a two-way street.

This entry was posted on Tuesday, August 14th, 2012 at 2:12 pm and is filed under 2012 Election. You can skip to the end and leave a response. Pinging is currently not allowed.

6 Responses to “Leftist Violence In Iowa”