What’s In A Name?

What’s In A Name?

Yes! This sums up the monumental hypocrisy of America’s domestic enemies, the Liberal, Progressives, and those sorts that they pander to- and enable. They behave in such a manner that it became reasonable for ESPN to change who was providing play-by-play commentating for a college football game because his name was Robert Lee.Â Yet, for eight years they decried any American who didn’t like the POTUS’ middle name being Hussein as a bigot, racist, and Islamophobe.

As is the case with almost all the Bikini Interlude posts, thereâ€™s really no real purpose to this post beyond providing myself and any who come here a brief interlude of beauty. Hell! This interlude is just a reminder that you can keep close to home and still enjoy the bikini season.

The Best Eclipse Ever 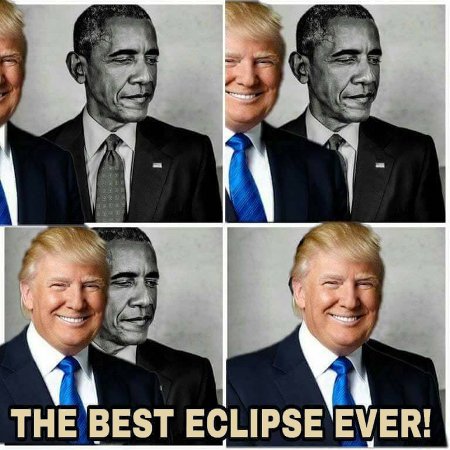 The Best Eclipse Ever

Yes, it’s quite true. Celestial events aside, for so very many Americans the best eclipse ever is President Trump eclipsing the “legacy” of Obama in the course of his trying – against widespread and entrenched enemy forces – to help make America great again.