Scientific research into the causation of self destructive and/or violently antisocial behavior is worthwhile. It had in the past been assumed that people turned to drugs, gangs, violence, and general thuggery solely due to environmental factors.  Discovering that some of the thugs were just “born bad,” or at least with a genetic predilection for bad behavior is extremely useful data; it allows society to level set its expectations.

During the trial, Bayout’s lawyer, Tania Cattarossi, asked the court to take into account that her client may have been mentally ill at the time of the murder. After considering three psychiatric reports, the judge, Paolo Alessio Vernì, partially agreed that Bayout’s psychiatric illness was a mitigating factor and sentenced him to 9 years and 2 months in prison — around three years less than Bayout would have received had he been deemed to be of sound mind.

For the new report, Pietro Pietrini, a molecular neuroscientist at Italy’s University of Pisa, and Giuseppe Sartori, a cognitive neuroscientist at the University of Padova, conducted a series of tests and found abnormalities in brain-imaging scans and in five genes that have been linked to violent behaviour — including the gene encoding the neurotransmitter-metabolizing enzyme monoamine oxidase A (MAOA). A 2002 study led by Terrie Moffitt, a geneticist at the Institute of Psychiatry, King’s College, London, had found low levels of MAOA expression to be associated with aggressiveness and criminal conduct of young boys raised in abusive environments.

Thankfully, this foolishness was perpetrated by an Italian court, not an American one so the wrong-headed precedent that it sets won’t immediately have an adverse effect upon the American court system. Sadly though, it’s only a matter of time before some Liberal judge in America reaches the same dangerous conclusion, most likely somewhere on the Left Coast. 🙁

The Mythbusters, led by Jamie Hyneman and Adam Savage, have been teaching logic and critical thinking – and doing so by blowing things up! How cool is that?

Adding the television series to America’s school curriculum may well be the best idea I’ve heard for real education reform in a long, long while.

Adding the techniques used by the Mythbusters to prove or debunk myths and assumptions to Congress might well save America. 😉

While I’ve called this recipe Curried Pumpkin Soup, it is really a winter squash soup. Because this soup is not sweet just about any winter squash (acorn, butternut, kobacha, Hubbard) can be used instead of pumpkin.

Print
Curried Pumpkin Soup
Author: jonolan
Recipe type: Soup
Prep time:  10 mins
Cook time:  30 mins
Total time:  40 mins
Serves: 4 - 6
The rich flavor combinations in this creamy soup are complex and subtle, yet the soup is neither difficult to make nor overly filling. It is a wonderful meal on any cooler and/or rainier day or evening.
Ingredients
Instructions
Notes
For a more Caribbean flavor, substitute coconut milk for the heavy cream. This will also sweeten the soup somewhat, so you may want to adjust the levels of chiles, salt, and pepper. For a higher protein dish with a decidedly coastal flair, add some firm white fish (cod, haddock, pollack, or snapper) that has been sautéed, baked, or broiled to the soup after it has been puréed. Simply cut the fish into bite-sized pieces and fold them into the soup. Allow them to heat through and serve. For a more ancient and Native American variation, add roasted corn to soup at service. Toss 2 - 3 cups of corn kernels (fresh or frozen) with olive oil and place them in a baking dish. Season with black pepper. Broil, stirring often, until the corn begins to brown. Keep an eye on them! They burn quickly and easily. Sprinkle or mound the roasted corn onto each bowl of soup just before serving it up.
1.2.4
This rich and creamy soup also pairs well with Fresh Corn Salad, especially in warmer months or areas.

Serve in deep bowls with a side of cornbread, fry bread, or Johnny cakes and enjoy the autumn or winter!

Jamaican Curry Powder is quite different than Indian curry spice mixes, though it was inspired by it and shares the name, “curry.” It tends to be simpler in flavor and tastes more spicy and sweet as opposed to the spicy-hot and slightly sour flavors found in Indian curries. The signature difference between Jamaican and Indian curries is that Jamaicans use allspice in theirs while the Indians normally don’t.

Print
Jamaican Curry Powder
Author: jonolan
Recipe type: Spice Mix
Prep time:  10 mins
Cook time:  10 mins
Total time:  20 mins
Serves: 100+
Jamaican curry powder is a great addition to many, many dishes. It can, among other things, be used in soups, salad dressings, or as dry rubs on meats.
Ingredients
Instructions
1.2.4
Once made, it will keep for many months if stored in a cool, dark, dry place.

At that point, no matter what you put it in or on, it’s all cut and curry. Mek wi nyam!. 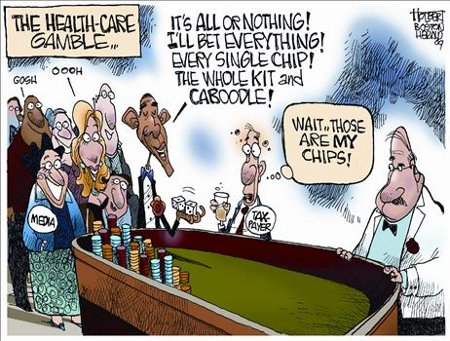