Miley Cyrus has recently been trying very, very hard to prove that she’s come a long way from Disney’s Hannah Montana. Frankly, she’s seems to be going all out to shock and offend the American people.

And now she’s found what is possibly the best way of doing this. She’s obviously converted to Islam. 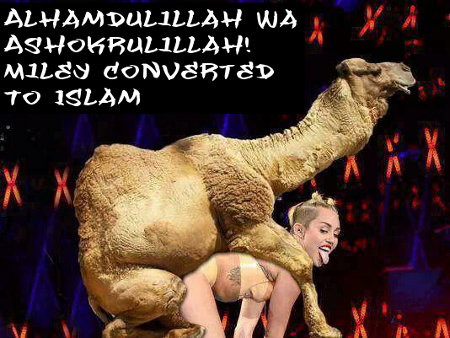 Miley Cyrus Is Giving Thanks and Praise to Allah

Like much of Miley’s recent behavior, this was an odd choice. She’s far older than Islam prefers its women, which was, I thought, the purpose of her various escapades…

Posted in Politics, Society, The Environment on August 25th, 2013 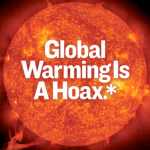 There are two common methods employed by criminals and those who pander to criminals to excuse their criminal behavior. These are respectively claiming that no crime was actually committed and blaming others for their criminality.

Obama is quite skilled at blending these two excuses into a single narrative. The boy is amazingly competent at this, if at nothing else that humans would consider of worth.

I will seize any opportunity I can find to work with Congress to strengthen the middle class, improve their prospects, improve their security, but where Congress is unwilling to act, I will take whatever administrative steps that I can in order to do right by the American people.

The Narcissist-in-Chief sound so reasonable and even noble as he shucks and jives his way around the simple fact that a great deal of the time, “I will take whatever administrative steps that I can…” is just a dog-whistle for his usurping authority that he as POTUS doesn’t have. He cannot levy taxes, no matter how he renames them and he cannot fail to enforce and fully execute the laws that Congress enacts. Yet those are the “administrative steps” that the boy consistently resorts to whenever Congress fails to do as he wishes.

This is just an attempt on Obama’s part to normalize and legitimize his rampant criminality. Frankly, it’s no surprise that Obama identified with Trayvon Martin; it’s just sad that he never, as of yet, met his Zimmerman.