A Very Nappy Protest In Seattle

With a grateful H/T to Patriationary, I present you the real racial issue, the real #FirstWorldProblems of the Blacks inside America’s borders – Black Women’s Hair!!!!! ROFLMAO I guess the next riots will be by raving and ranting #BlackHairMatters myrmidons.

So let me preemptively rebut with #AllHairMatters! 😛

Never let the ever-angry, grievance-mongering, race-baiting, blacktivists fool you. They’re “suffering” from their own, idiosyncratic #FirstWorldProblems more than anything else. That is the only explanation for this sort of idiotic protest in the midst of Seattle’s race riots.

Oh yeah. A city burns and these ratchet fools are ranting about people – presumably White people – touching Black women’s hair. Rarely has a more self-indulgent, totally self-centered and blind to the world “protest” been engaged in by anyone.

Sadly, there’s no point in trying to correct them. The nonconsensual touching of Black women’s hair by White people is a shibboleth of the Blacktivists. It doesn’t matter that it has no factual basis in modern time – I do believe that it did have a basis 50 years ago, during the de-segregation period. It’s part of their culture and identity.

But hey! So far, they’re not burning, looting, or murdering Whites; so we should just roll our eyes and go about the business of being productive citizens of our nation. They are, after all, not harming anything but our sensibilities.

Again though, #AllHairMatters! And yes, I’m talking to you, Joe!

This entry was posted on Tuesday, September 22nd, 2020 at 9:34 am and is filed under Politics, Society. You can leave a response, or trackback from your own site.

That fairly aptly sums up the Democrat arguments. If you don’t believe in exactly what they’re preaching and fully support them against Republicans, “White” Democrats, and the majority of Americans, you’re “Racist!” And, they will declare unto the Heavens that any counter-argument against this defamation is proof of their argument!

And yes, before anyone opines in technical opposition, Democrats do, when even they can’t twist things into being about race, will use the arguments of: “Sexist!” “Homophobe!” “Transphobe!” “Islamophobia!” or the more catch-all “Xenophobe!” with the occasional screech of “Nazi!” or “Fascist!” thrown in for flavor. Yet, in all maddening truth, “Racist!” trumps all of those because it is their go-to argument and it overrides all the others in that non-Whites, especially the Blacks, are rarely derided by Democrats as sexist, homophobic, transphobic, or Islamophobic despite the first three being endemic to “Black Culture.”

They do this because Dems know that “Racist!” is their most persuasive argument. Oh! Not with normative Americans; the word barely has meaning for us anymore and it’s beyond highly doubtful that it has caused any non-Democrat to change their position or party. It’s persuasive power is among their constituencies, e.g., #BlackLivesMatter, #Antifa, and James Hodgkinson. “Racist!” is just the Democrat’s call to direct action.

This entry was posted on Friday, August 2nd, 2019 at 7:07 am and is filed under Politics. You can leave a response, or trackback from your own site. 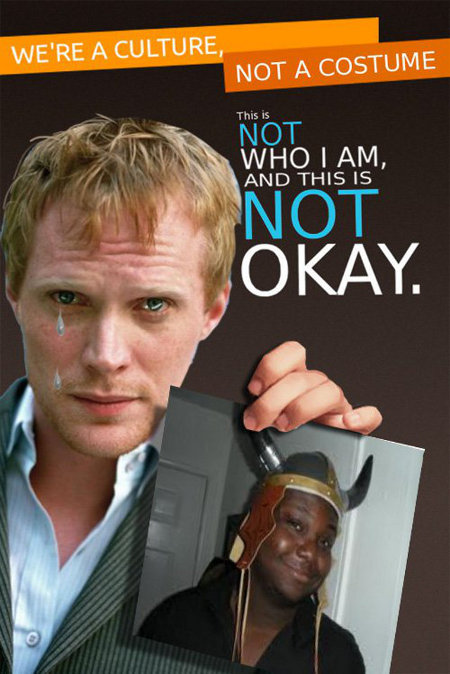