This about sums up the rank and malodorous hypocrisy of Freshman Economics as it is now taught in the reeking cesspits of Leftism that are the vast majority of what are called colleges and universities in America.

Then, this is what had to happen since we allowed these institutions to degenerate to the point that they effectively and tacitly, though rarely overtly, run all professorial candidates and all course syllabi through their departments of Intersectionality, Gender, and Racial Justice for preapproval.

This entry was posted on Monday, October 19th, 2020 at 4:57 am and is filed under Politics, Society. You can skip to the end and leave a response. Pinging is currently not allowed.

Given the idiocy that this failed puta regularly expresses, that’s not just funny; it’s just about believable.

This entry was posted on Wednesday, June 26th, 2019 at 7:03 am and is filed under Humor, Politics. You can skip to the end and leave a response. Pinging is currently not allowed.

I would hazard the guess that most people, at least most people older than the Millennials, in the Civilized World are at least passingly familiar with Aesop’s fable of the The Ants & the Grasshopper. But I’m also willing to hazard the guess that, with the Progress our civilization has endured, certain all to populous elements would reject that fable in favor of one more suited to modern Liberalism.


The Ants & the Grasshopper Today

CBS, NBC, PBS, CNN and ABC show up to provide pictures of the shivering grasshopper next to a video of the ant in his comfortable home with a table filled with food.

America is stunned by the sharp contrast. How can this be, that in a country of such wealth, this poor grasshopper is allowed to suffer so unfairly?

Kermit the Frog appears on Oprah with the grasshopper and everybody cries when they sing, ‘It’s Not Easy Being Green â€¦’

Occupy the Anthill stages a demonstration in front of the ant’s house where the news stations film the Black Lives Matter group singing, We shall overcome.

Then Reverend Al Sharpton has the group kneel down to pray for the grasshopper while he damns the ants. He later appears on MSNBC to complain that rich people do not care.

Nancy Pelosi & Chuck Schumer exclaim in an interview on The View that the ant has gotten rich off the back of the grasshopper and both call for an immediate tax hike on the ant to make him pay his fair share.

Finally, the EEOC drafts the Economic Equity & Anti-Grasshopper Act retroactive to the beginning of the summer.

The ant is fined for failing to hire an proportionate number of green bugs and, having nothing left to pay his retroactive taxes, his home is confiscated by the Government Green Czar and given to the grasshopper.

The story ends as we see the grasshopper and his free-loading friends finishing up the last bits of the ant’s food while the government house he is in, which, as you recall, just happens to be the ant’s old house, crumbles around them because the grasshopper doesn’t maintain it.

The grasshopper is found dead in a drug related incident, and the house, now abandoned, is taken over by a gang of spiders who terrorize what’s left of the ramshackle, once prosperous and peaceful, neighborhood.

Sadly, the above rewrite of Aesop’s teaching tale perfectly fits with the ideology of the Left and their minorities. It hammers home the moral that they so stridently proclaim – that the productive majority must always surrender their property to the shiftless eaters.

What makes it worse for we ants aka productive, responsible American citizens is that the grasshoppers we have to deal with are the species that left unchecked turn into locusts.

This entry was posted on Saturday, April 20th, 2019 at 8:35 am and is filed under Society. You can skip to the end and leave a response. Pinging is currently not allowed. 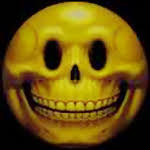