Various sorts scream pretty loudly whenever they feel that we Americans are profiling Blacks. To this I say, “Too bad! I will continue to profile Blacks until the day I die.”

I, For One, Will Continue Profiling Blacks

Let’s face the plain as day genetic facts – you don’t find profiles like these anywhere but Black women. 😛

This entry was posted on Tuesday, May 24th, 2016 at 7:07 am and is filed under Society. You can skip to the end and leave a response. Pinging is currently not allowed. 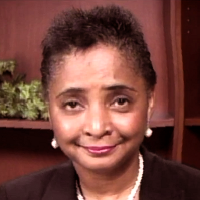 END_OF_DOCUMENT_TOKEN_TO_BE_REPLACED

This entry was posted on Friday, November 13th, 2015 at 6:33 am and is filed under Society. You can skip to the end and leave a response. Pinging is currently not allowed.

A Profile In Hypocrisy 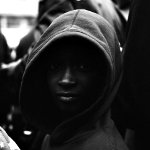 Racial profiling in education, employment, and anything that redistributes wealth and opportunity to Blacks is, insofar as America’s domestic enemies are concerned, both right and necessary but profiling someone based upon appearance – if they’re Black – and taking steps to secure one’s person and property or the persons and property of others from potential threat is racist.

Simply put, Racial Profiling is really a profile in hypocrisy and little, if anything, beyond that. It’s a construct of grievance-mongers and the ever-complicit Left and only applied as a negative act when it disadvantages Blacks, never when it’s used for their advantage.

This entry was posted on Monday, July 29th, 2013 at 10:08 am and is filed under Politics, Society. You can skip to the end and leave a response. Pinging is currently not allowed.

George Zimmerman, the “White Hispanic” who fatally shot the Black Trayvon Martin seems to be more a construct of the Lamestream Media than a person. At least, the Liberal propaganda outlets have gone to great and unethical lengths to paint a picture of Mr. Zimmerman that doesn’t bear any more resemblance to the objective truth than Mr. Zimmerman does to the stereotypical White.

Worse, they media painted Zimmerman with broad strokes and a limited pallet of colors.

We all know that, in the minds of the Lamestream Media, the color of racism is White. This explains their “mistake” about Zimmerman’s ethnicity and the lengths they went to in order to justify it. It also completely proven now that the colors of truth and ethics aren’t in NBC’s crayon box.

Take for example the “Today” show piece that carefully abridged the conversation between George Zimmerman and a 911 dispatcher in the moments before the shooting of Trayvon Martin:

Zimmerman: This guy looks like he’s up to no good. He looks Black.

That’s they told America and that’s what most people heard and believed. That George Zimmerman was a bigot and engaged in racial profiling was set in their minds as fact.

Of course it was a pernicious, race-baiting lie. The unexpurgated transcript of Zimmerman’s exchange with the dispatcher shows something quite different, the truth:

Zimmerman: This guy looks like he’s up to no good. Or he’s on drugs or something. It’s raining and he’s just walking around, looking about.

Dispatcher: OK, and this guy — is he Black, White or Hispanic?

The truth was that Zimmerman was responding to direct question by the dispatcher about the suspect’s race. As such, there is no evidence that he was engaged in racial profiling, especially since all he actually mentioned was Martin’s apparent behavior.

That wouldn’t fit into the picture NBC was trying to paint though, so they “retouched” it as it were, sort of like photoshopping a model or celebrity to erase those unsightly truths.

Profiling v. Portraiture – society and history will have to decide which is worse when it comes to how the Lamestream Media has painted George Zimmerman and, given the silence of the law, what reprisals we, the People must take upon their organizations and personnel.

This entry was posted on Sunday, April 1st, 2012 at 4:24 pm and is filed under Politics, Society. You can skip to the end and leave a response. Pinging is currently not allowed.