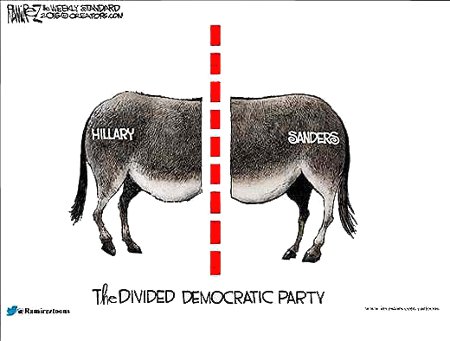 The Lamestream media may prefer, as good Praetorians are wont, to showcase the supposed division of the Republican party, but it is the Democrat party which is most truly divided. The war between Hillary Clinton and Bernie Sanders has divided that party most severely.

Given that the two candidates in question are differentiated only by gender, this schism is amusing.

They say that you can lipstick on a pig but it’s still a pig but I sure as Hell don’t want to know where a Liberal or Progressive is going to put lipstick on this ass. 😆