Nothing to see here. Move right along. This is just what actually fuels an Electric Vehicle (EV). And please, please, please don’t consider the fully weighted comparative environmental costs of your brand now, sparkly, virtue vehicle. 😛

This entry was posted on Thursday, August 4th, 2022 at 5:55 am and is filed under Humor, Politics, Society, Technology, The Environment. You can skip to the end and leave a response. Pinging is currently not allowed. 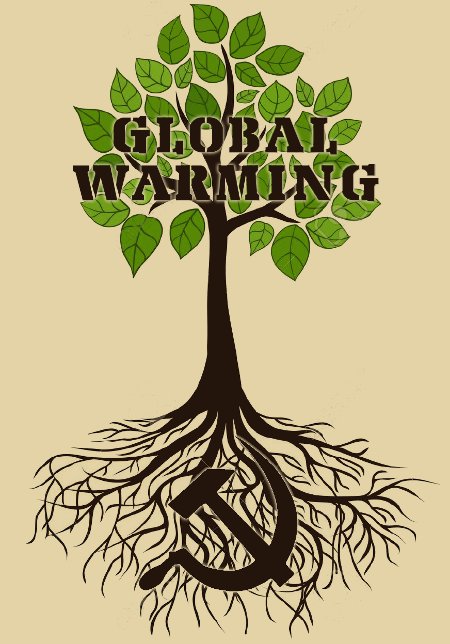 This entry was posted on Friday, August 3rd, 2018 at 10:48 am and is filed under Politics, The Environment. You can skip to the end and leave a response. Pinging is currently not allowed.

Yesterday, President Trump announced that he plans to re-examine federal requirements that regulate the fuel efficiency of new cars and trucks. The Lamestream Enemedia instantly characterized it as the President’s moving forcefully against Obama-era environmental rules – because, of course, hysteria is their sole stock and trade and they know that the Warmists will go even further insane if properly goaded.

Vastly unsurprisingly, the truth of the matter is different than the MSM’s spin upon it. President Trump’s decision to re-evaluate Obama’s Corporate Average Fuel Economy (CAFE) emissions targets is a rather unchallenging challenge to the supposed centerpiece of Obama’s strategy to combat global warming. While it’s true that Obama’s EPA had promulgated regulations for cars and trucks that required auto manufacturers to reach a fleet-wide average of 54.5 mpg by 2025, it is also true that this rule was supposed to be reviewed in 2018 – but, in January – just seven days before Obama left office, the boy decided to cancel the review process. All that President Trump has promised to do is to reinstate the original, promised review of the CAFE standards that Obama imposed in 2012.

So really, like almost everything President Trump and his new administration has done so far, this is neither reason for Liberals and Progressives to scream, nor cause for Right Wing pundits and talking heads to crow and gloat.

This entry was posted on Thursday, March 16th, 2017 at 7:03 am and is filed under Politics, The Environment. You can skip to the end and leave a response. Pinging is currently not allowed. 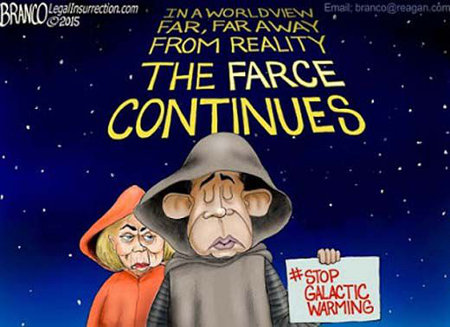 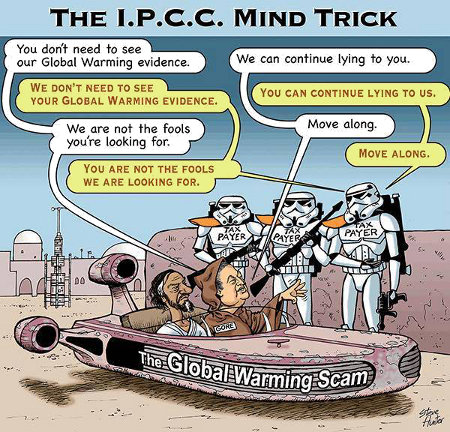 This entry was posted on Monday, December 28th, 2015 at 7:40 am and is filed under Humor, Movies, Politics, Society, The Environment. You can skip to the end and leave a response. Pinging is currently not allowed. 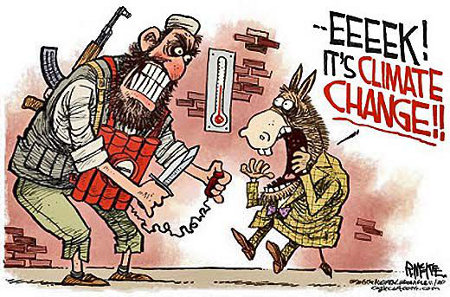 One must remember that Obama’s “war” on CO2-centric Anthropogenic Global Warming is the one war he’s interested in winning because it’s the one war where American businesses and American prosperity are the declared enemies. But then, the entirety of the Warmists’ ideology is founded upon a hatred for the West, especially America so this itself makes some level of sense.

This entry was posted on Saturday, December 5th, 2015 at 6:19 am and is filed under Politics, The Environment. You can skip to the end and leave a response. Pinging is currently not allowed.