We have a serious and very long-running border crisis at the southern edge of America. It’s a problem that no Administration has been able to – in the case of the Dems, willing to – do anything about. And this is despite 57 year recorded history of Americans not generally being in favor of immigrants at all, much less the situation we have had for the past 16 – 20 years. But all that doesn’t mean we should make efforts at mitigating the border crisis.

And yes, I think that our mitigation efforts should be centered on their women. After all, even Democrats favor – or, at least, use – the plight of women at our border to badger us into letting just anyone in. I’ve said before and still maintain that walls are needed but those walls need gates.

So, my fellow Americans – and by that I specifically mean My Fellow White Men – we need to be ready and willing to do the right thing and help these Latinas find a place in America. And, Gentlemen, make sure that our mitigating the border crisis is a long-term solution, not just a quick fix. 😉

This entry was posted on Sunday, September 18th, 2022 at 11:00 am and is filed under Politics. You can skip to the end and leave a response. Pinging is currently not allowed.

Ah yes! Once again it’s Cinco de Mayo, possible the hottest holiday ever created. Sadly, it may also be called el festival más racista jamás creado por Norteamérica, since it’s largely an American invention and is filled with some piss-poor stereotypes and tropes.

Hence, I’s rather use the day to celebrate the beauty of Latinas than to dress inappropriately and swill tequila, especially the cheap, nasty stuff that will be the unfortunate norm.

This entry was posted on Thursday, May 5th, 2022 at 5:16 am and is filed under Society. You can skip to the end and leave a response. Pinging is currently not allowed.

Make Mine A Double 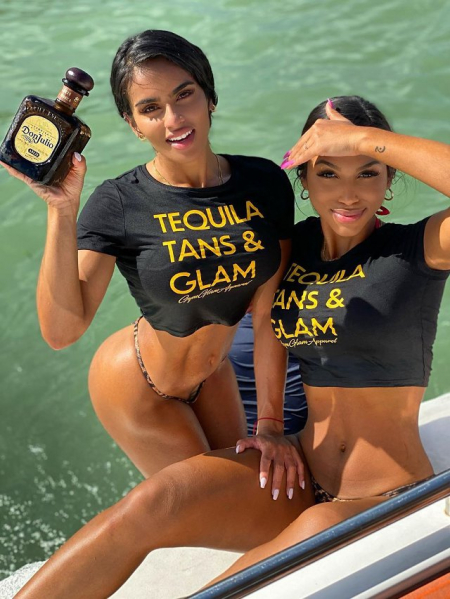 As I’ve stated before, I’m a fan of tequila. Some days though, especially in these times, I prefer to take it in double shots. 😉

This entry was posted on Thursday, October 15th, 2020 at 10:35 am and is filed under Food & Drink. You can skip to the end and leave a response. Pinging is currently not allowed.

😈 Yes, despite the supposed gender norms, men like dollies too. And, what straight man wouldn’t want to play with Ms. Dolly Castro?

This entry was posted on Thursday, July 9th, 2020 at 5:35 am and is filed under Humor, Society. You can skip to the end and leave a response. Pinging is currently not allowed.

This entry was posted on Thursday, April 18th, 2019 at 9:26 am and is filed under Humor, Politics, Society. You can skip to the end and leave a response. Pinging is currently not allowed.