On the soon to-be-infuriating topic of the Democrats’ rancorous, vitriolic, unconstitutional, bigoted, and utterly unhinged response to President Trump’s nomination of Amy Coney Barrett to the US Supreme Court’s bench, it’s best to turn Sen. Dianne Feinstein’s (D-CA) projection back upon her and her ilk – “The dogma lives loudly within you. And thatâ€™s of concern.“

And it’s true! The Democrats, despite any claims to be of any other faith, are parishioners of their own special cult. They’ve even spawned their own version of evangelical fundamentalists, who on par with or surpassing the protestants’ Dominionists in fervor and strict adherence to orthodoxy.

So, expect Barrett’s confirmation hearings to be horrifically vile and nasty. Understand that they will be filled with anti-Catholic bigotry in direct, boldfaced contravention of the Constitution’s Article VI, Clause 3, which prohibits any religious test for holding any Office or public Trust. Expect the Dems to threaten to “Pack The Court” if they ever concurrently gain the Presidency and a Senate majority in the future and believe them.

Their Presidential candidate, “Creepy Uncle” Joe Biden has already proclaimed that they’re fighting for the soul of America. Believe them! Take them at their word, for this once they speak truly!

Act accordingly in defense of your nation, your race, and your God(s)!

This entry was posted on Tuesday, September 29th, 2020 at 8:41 am and is filed under Politics, Religion. You can skip to the end and leave a response. Pinging is currently not allowed.

The Deplorable Dregs According To The Left

The ever hate-filled Left, through their mouthpieces such as Obama, Hillary, and Biden, make a habit of calling the American people – most especially those who make up the nation’s heartland – bitter, irredeemable, deplorable dregs of society.

Now, we who are American men shouldn’t be too mindful or thin-skinned about what those sorts call us. However, those same sorts make no gendered distinction with their slurs and labels. Hence, the American distaff, those beautiful wives, sisters, and daughters of America are also being decried as bitter, irredeemable, deplorable dregs of society. And that, as American men, we need to care about a great deal if we are to still be worthy of being called either American or Men.

Gentlemen, let us understand – our domestic enemies first label these women as having a plethora of heinous traits, e.g., intolerance, xenophobia, racism, homophobia, transphobia, and generalized bigotry. Then, when such labels are firmly fixed in the minds of their rank and file, they proclaim that these women are irredeemable, that they’re deplorable, that they’re the dregs of society. Then, they just sit back and wait for “nature to take its course.“

We’ve all heard this “othering” before, just with different labels. We’ve all read about what the purposes behind such dehumanization are.Â  We know what happens when certain women are deemed unworthy in all ways. Hellfire! Our nation went to war to end this sort of thing in the 1940’s!

Always remember that a man, most especially an American man, does not count the cost to himself when it comes to defending women. Nor, Gentlemen, does he balk at what he must wreak upon the enemy in defense of women, knowing that whatever he must do can be neither sin nor crime in the eyes of patriots and their God(s).

This entry was posted on Saturday, September 22nd, 2018 at 10:46 am and is filed under Politics, Society. You can skip to the end and leave a response. Pinging is currently not allowed. 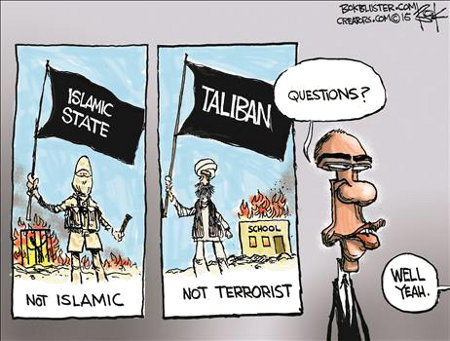 This entry was posted on Thursday, February 5th, 2015 at 8:58 am and is filed under Politics. You can skip to the end and leave a response. Pinging is currently not allowed. 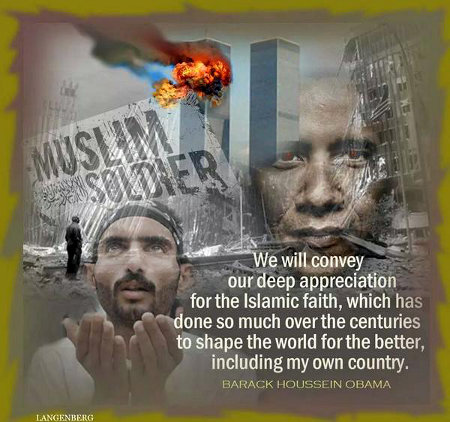