It’s truly quite simple, yet it seems so hard for some to understand. One can say and do what unites the country or one can say or do what divides it. It’s not a hard concept, but it seems to many that it’s not one certain sorts can or will understand.

But It’s Us Who Are Wrong-Headed In This

What we, the People of the US fail to understand is this is a matter of ethnicity. The Liberals, Progressives, Leftists, Democrats, and their political sharecroppers are doing is an attempt to unite their nation. Their singular hope to bring their nation into existence upon the ravaged corpse of America to unite their people in hatred of all that America stands for and all that Americans love.

This entry was posted on Thursday, June 25th, 2020 at 8:28 am and is filed under Politics, Society. You can leave a response, or trackback from your own site. 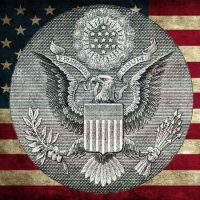 By His Words Know Him 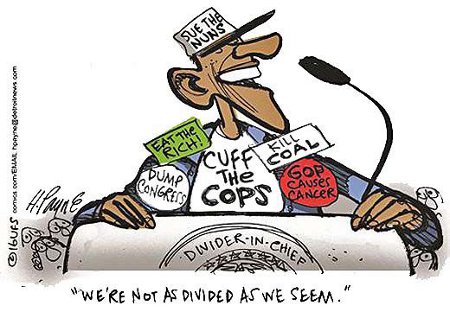 Obama – By His Words Know Him

Lacking a history of actual action, Americans must know Obama by his words and by the people he surrounds himself with. Those two things will have to be enough for Americans and history to know the content of Obama’s character, his loyalties, and his intended legacy.

This entry was posted on Friday, July 22nd, 2016 at 6:07 am and is filed under Politics. You can leave a response, or trackback from your own site.

As we all know, our domestic enemies, the Liberals and Progressives love “Diversity.” Indeed, they’ve obsessed about it for decades to the point of fetishism and bemoan the “fact” that they’ve not achieved enough of it despite going to extreme lengths to get it.

But truly, in some areas and contexts they have achieved greater diversity than has ever been seen before in America.

Diversity Is Growing In The US

This entry was posted on Saturday, September 19th, 2015 at 7:30 am and is filed under Politics. You can leave a response, or trackback from your own site.