Not Brown Not Allowed 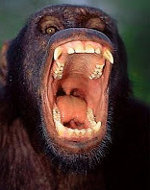 Americans must always remember that while clothes may make the man, suits and ties do not change the screaming, jabbering apes of any Black or Latino Caucus into other than what they always were and will continue to be until the Earth is cleansed with their deaths.

Simply look at their demand for “diversity” and their (mis)definition of that word as an example of what they are and will always be because they lack both the will and capacity to change.

In what passes for their minds New Jersey’s Supreme Court must include judges who are Black or Hispanic. Any of Governor Christie’s appointees to the state’s high court who are not Brown are not allowed. White’s are barred and not even Asians are sufficient diversity, despite there being no Asian on the court to-date.

One of the two nominees, Monmouth County Superior Court Judge David Bauman, was born in Japan to a Japanese mother and would be the first Asian American on the high court.

Yet the Legislature’s Black Caucus, the state Latino Action Network, and a broad coalition of more than 50 groups, including teachers’ unions and Planned Parenthood, are opposing Bauman and the other nominee, Robert Hanna, who is white, primarily because they would not make the court more diverse – and specifically, because they’re not African American or Latino.

The chair of Legislative Black Caucus, Sen. Ronald Rice (D-Essex), quite openly jabbered that it would vote to confirm only a Hispanic and a Black for the two vacant seats on the Court – no Whites, no Asians, no way. Yo! Them there be seats for Brown folk, not Whities or them Yellow Devils.

And Brown ain’t Brown unless it’s down with ghetto and barrio. Skin don’t matter much; it’s the hate and envy that matters. No Oreos allowed!

Let’s face sad and uncomfortable facts; Rice and its ilk belong decorating tree limbs or burning in alleys, not fouling a Legislature with their stench and animalistic screaming and shit flinging. We need to purge America of these apes in order to make room for Americans who happen to be of the same races as them.

This entry was posted on Thursday, January 3rd, 2013 at 10:57 am and is filed under Politics. You can leave a response, or trackback from your own site.