A Token Of Things Today

So, the people running the Dems’ presidential campaign have chosen Kamala Harris to be Creepy Uncle Joe Biden’s running mate and Vice Presidential candidate. This makes Harris the singularly most visible and overt token of these degenerate, degrading, and disgusting “Anti-Racism” times.

Her nomination isn’t even Affirmative Action because there was never any thought to “all else being equal.” No! The Dems explicitly said that Race and Gender were hard and fast prerequisites for the being given the nomination.

So, Kamala Harris is just their Token Negro and Token Woman and nothing else or more than that. And that is current state of thought and belief among those sorts most likely to vote Democrat in the upcoming 2020 elections.

This entry was posted on Thursday, August 13th, 2020 at 9:48 am and is filed under 2020 Elections, Politics. You can skip to the end and leave a response. Pinging is currently not allowed.

At least we know Biden won’t pick Hillary as his running mate. He may be a bit crazy and more than a little senile, but he does want to survive his possible term as POTUS without “suiciding” or have “an odd accident.” 😉

This entry was posted on Tuesday, July 14th, 2020 at 7:04 am and is filed under 2020 Elections, Politics. You can skip to the end and leave a response. Pinging is currently not allowed. 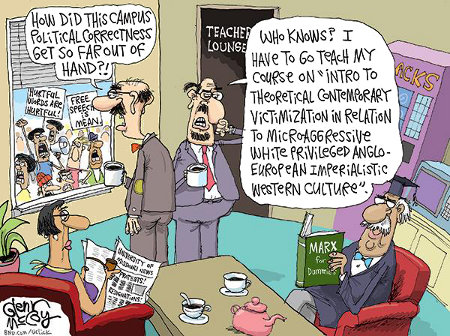 US Supreme Court Justice is rarely right about things, hence why her opinions are based upon perceived or hoped for outcomes rather than the law. She can, however, be right about the fact from time to time. A case in point being her tirade during an interview with the The National Law Journal. She was and is right about this.

“What’s amazing is how things have changed,” Ginsburg said, recalling the landmark 1971 decision of Griggs v. Duke Power Co., in which the Supreme Court unanimously held that employer policies that look neutral on paper can still constitute discrimination if they disproportionately harm minorities in practice. “It was a very influential decision and it was picked up in England. That’s where the court was heading in the ’70s.”

And, to our nation’s shame, that was exactly where the court was heading in the ’70s. It was heading at a headlong pace towards enabling special race-based privileges for non-Whites and forcing everyone to make race as the overriding factor in all decisions due to â€œdisparate impact.”

NOTE: The singular exception to this is the progressive income tax which has a very disparate impact upon Whites but is never considered be discriminatory or a violation of their civil rights.

What most aside from Blacktivists don’t know is that the employer policy being lambasted in Griggs v. Duke Power Co. was Duke Power’s requirement that employees in more demanding positions had to either have a high school diploma or scores on standardized IQ tests equal to those of the average high school graduate. As Blacks have a long-standing history, which hasn’t changed to this day, of graduating from high school far less often than Whites, this was considered by the Burger Court to be both discriminatory and a violation of Blacks’ civil rights.

And following along with that High Court ruling and creation of the â€œdisparate impact” framework is exactly the path to Hell that America was taking until the Roberts Court finally started to make inroads against this race-based legal framework.

So, as she so often is, Ginsburg has her facts in order but draws the wrong conclusion. Hardly shocking since she’s SCOTUS justice in the first place only due to Affirmative Action.

This entry was posted on Tuesday, August 26th, 2014 at 12:30 pm and is filed under Politics. You can skip to the end and leave a response. Pinging is currently not allowed.

On Monday, June 24, 2013 the SCOTUS by aÂ 7-1 vote with Justice Kagan having recused herself, voided the lower appellate court’s ruling upon Fisher v. University of Texas, ruling that schools must prove under strict scrutiny that there are â€œno workable race-neutral alternativesâ€ to achieve diversity on campus before being able to legally enact race-based admission policies.

Various Liberals and racial activists, while relieved that the SCOTUS handed down only a “modest” ruling and allowed Affirmative Action practices to continue in the college admission systems, are still displeased by the high Court’s ruling because it leaves the door wide open for further lawsuits like Fisher v. University of Texas.Â  They rightly fear that resultant repeated lower court rulings will essentially put an end to minority-centric college admission preferences.

On average over the five years listed 4.98% of Whites, 6.22% of Blacks, and 4.1% of Latinos enrolled in college each year. So, if we are to assume that the White majority is the statistical norm to work from, Blacks are and have been overrepresentedÂ  in annual college enrollments and Latinos are somewhat underrepresented. Indeed, as the trends in the tables above show, the over-representation of Blacks in annual college enrollment figures is sharply accelerating.

This entry was posted on Tuesday, June 25th, 2013 at 12:17 pm and is filed under Politics, Society. You can skip to the end and leave a response. Pinging is currently not allowed.