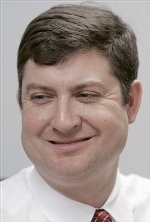 The CD mocks the Liberals with songs such as: John Edwards’ Poverty Tour, Wright Place, Wrong Pastor, Love Client #9, Ivory and Ebony, and The Star Spanglish Banner, amongst other works of satire and parody.

Of course none of the tracks listed above are what has drawn the ire of the Left. The media has focused the Liberals’ attention and outrage on a single track on the CD, Barack The Magic Negro. A parody of Puff The Magic Dragon made somewhat famous – or infamous – by conservative radio host, Rush Limbaugh.

In their now usual manner the MSM has painted Mr. Saltsman and the Republican Party as racist due to this ditty. What they’ve – of course – failed to do is provide either the lyrics of the offending song or the context within which it was created. They felt that sensationalizing the title alone would suit their purposes better.

It should have been pointed out that the CD that Saltsman sent the RNC committee members was not a customized anthology of songs that parodied the Liberals. It was simply the latest CD – We Hate the USA

– released by conservative satirist Paul Shanklin, who has release other CDs such as:

It’s truly amazing how the Left can focus on one track out of 41 in order to find fault with Mr. Saltsman for giving Paul Shankin’s popular CD as a Christmas present to Conservatives who might enjoy it.

Since the MSM in their near infinite Liberal, anti-Republican bias saw fit to only publish the song’s title in the hopes of branding the Republicans as racists, I’ve posted the full lyrics to Barack The Magic Negro below:

Barack the Magic Negro lives in D.C.
The L.A. Times, they called him that
‘Cause he’s not authentic like me.

Yeah, the guy from the L.A. paper
Said he makes guilty whites feel good
They’ll vote for him, and not for me
‘Cause he’s not from the hood.

See, real black men, like Snoop Dog,
Or me, or Farrakhan
Have talked the talk, and walked the walk.
Not come in late and won!

Refrain:
Oh, Barack the Magic Negro, lives in D.C.
The L.A. Times, they called him that
‘Cause he’s black, but not authentically.

Some say Barack’s “articulate”
And bright and new and “clean”
The media sure loves this guy,
A white interloper’s dream!

But, when you vote for president,
Watch out, and don’t be fooled!
Don’t vote the Magic Negro in
‘Cause…
(Cue Rev. Al Sharpton going on a ranting tangent as the chorus continues)

The magical negro, mystical negro or magic negro is an archetype in post-Civil Rights American folklore. The term was created to define a character – often mystical stock character in fiction – who, by use of special insight or powers, helps the White protagonist(s) get out of trouble.

The magical negro has no past history; he simply appears one day to help the white protagonist(s) get out of trouble, often by aiding the Whites to recognize his own faults and overcome them.

The magical negro sometimes fits the Black stereotype of being “prone to criminality and laziness.” To offest this defect, he has some sort of rather vaguely defined magical or mystical power. He is patient and wise, often dispensing various words of wisdom.

Film maker, director and vocal Black activist, Spike Lee popularized the term magic negro in 2001 while deriding the archetype of the “super-duper magical negro” while discussing films with students at Washington State and Yale Universities

How is it that Black people have these powers but they use them for the benefit of White people?

So the magic negro archetype is that of Black man with little or no known history who possesses some sort of otherworldly ability that he uses for the betterment of Whites, not other Blacks. Supposedly, because he does so, the Whites like him.

In the social and political context this would seem to correlate to a Black that evinces White cultural behaviors, thereby “allowing” Whites – presumed to be bigots – to be comfortable with the individual Black while still disliking Black culture as a whole.

Putting It In Context

The parody song, Barack The Magic Negro, was created in April or May, 2007, by conservative satirist Paul Shanklin, a personal friend of Chip Saltsman, in response to a column in the LA Times that labeled Sen. Barack Obama as “The Magic Negro” and questioned both his “Blackness” and the support he would receive from the Black community vs. Sen. Hillary Clinton.

AS EVERY CARBON-BASED life form on this planet surely knows, Barack Obama, the junior Democratic senator from Illinois, is running for president. Since making his announcement, there has been no end of commentary about him in all quarters – musing over his charisma and the prospect he offers of being the first African American to be elected to the White House.

But it’s clear that Obama also is running for an equally important unelected office, in the province of the popular imagination – the “Magic Negro.”

Mr. Ehrenstein, who publishes The Fablog, is part Black himself and seemed somewhat concerned that Sen. Obama wasn’t going to address the issues of the Black community.

At that time many other Black activists and member of the Old Guard of the Civil Rights movement also questioned Obama’s “Blackness.” They seemed concerned both by his White upbringing and by the fact that Obama didn’t focus on Black issues during his Democratic Primary campaign.

At this time the Black author and essayist Debra J. Dickerson declared that ”Obama isn’t black” in an American racial context because Obama was not the descendant of slaves.

The black columnist Stanley Crouch said, “When black Americans refer to Obama as ‘one of us,’ I do not know what they are talking about.”

During the Democratic Primary and early parts of the general Presidential Campaign Jesse Jackson, Al Sharpton, and Louis Farrakhan all made comments that questioned Obama’s value to the Blacks in America.

Given the timing of Barack The Magic Negro’s original release and the specifics of its lyrics it would seem logical to think that Paul Shankin was responding in his usual satirical fashion to the rantings of the people who opined that Obama wasn’t Black enough.

I’ve done what I could. I’ve presented what data I could find on this matter – along with my own admittedly biased opinions, which I hope I’ve separated out enough through language to it clear which is which.

Is the song racist? Is sending a CD that contains it as a gift racist? Make up your own minds!

This entry was posted on Saturday, December 27th, 2008 at 4:45 pm and is filed under Politics. You can skip to the end and leave a response. Pinging is currently not allowed.

6 Responses to “The Magic Negro”