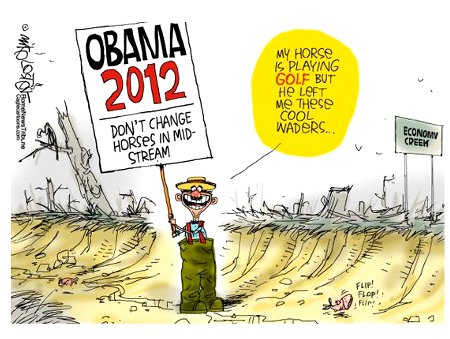 Of course, when the stream has run dry largely because the incumbents in question redistributed the flow elsewhere the situation – and the worth of these politicians’ cries – is more than a bit different. 😉

When your “horse” is actually a spavined and balky jackass and the stream has run dry it’s time to “trade up” if you can and change horses – and, at this sad point, even “shank’s mare” is a trade up.

This entry was posted on Tuesday, June 7th, 2011 at 5:43 am and is filed under 2012 Election, Humor. You can skip to the end and leave a response. Pinging is currently not allowed.