A Tax Upon The GOP

Obama may well be the best the shuck and jive master in the history of American Politics. America’s First Black President has successfully used the bully pulpit to further class warfare and to further fill the troughs for the eaters and takers on the strength of protecting the Middle Class while increasing their tax burden.

The boy, his female, and their brood are going to laughing all the way to Bill Ayers’ next dinner party / SPA fundraiser after pulling off this coup on the American people, as they should do. This was a manipulative masterstroke worthy of Black Folklore; Br’er Rabbit could not have done even one whit better.

Confused? Don’t be; it’s really simple once it’s explained. The deal, if one can call it that, that so conveniently ended the Democrats’ Fiscal Cliff scare included a lot of extensions on entitlements and subsidies to the eaters and takers but didn’t include an extension of the payroll tax cuts.

As the majority of people within America who pay payroll taxes are not just Republicans but also happen to White and the Majority of those who don’t are both Democrat and Black, this tax increase is, de facto, race-based and disproportionately impacts Whites. Isn’t that racist by longstanding Liberal logic?

OK, humor and sarcasm aside, it’s good that the payroll tax holiday was allowed to sunset. It never should have been granted in the first place given the insolvency of SSI. That doesn’t however change the fact the Obama and the Dems gulled the people into thinking that they were protecting them from tax increases while quietly increasing the taxes upon the Middle Class.

This entry was posted on Wednesday, January 2nd, 2013 at 11:05 am and is filed under Humor, Politics. You can skip to the end and leave a response. Pinging is currently not allowed.

Obama had claimed that America was at a “make or break” moment for the middle class when it came to his plan to extend and increase the payroll tax breaks of last year. This is all well and good in the short-term, though it further beggars Social Security in the long run if the resultant revenue shortfall isn’t made up for.

Extending and deepening these “middle class tax cuts” wasn’t even a particularly contentious issue. The congressional Republicans quickly agreed that not extending these cuts was economically contraindicated at this exact time.

So the GOP-led House drafted a bill to extend the payroll tax breaks, additional limited unemployment benefits, and a continuation of full payments to doctors who treat Medicare patients – essentially everything that Obama had claimed he wanted and that the middle class needed.

Obama’s , his handlers’, and his sycophants’ response was to have a tantrum because funding for the measure did not come from taking further wealth away from higher income Americans. It was solely funded through a freeze on spending for federal salaries.

If the President were presented with H.R. 3630, he would veto the bill.

It seems that the extension of the payroll tax cuts for the middle class are only vital and necessary if they’re paid for by increasing the amount of money taken from wealthier Americans and that wealth redistribution is the avowed administrative policy of the Obama Regime.

This entry was posted on Wednesday, December 14th, 2011 at 12:30 pm and is filed under Politics. You can skip to the end and leave a response. Pinging is currently not allowed. 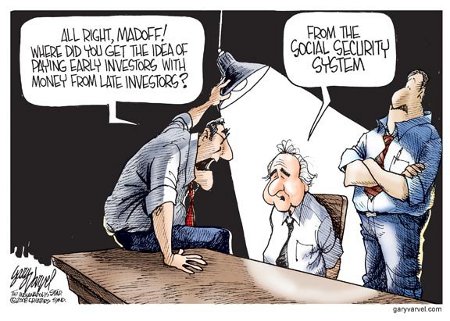