Variation On A Theme

Just a humorous little variation on a theme –  specifically the theme of the Leftist lamestream media’s “reporting” of the TEA Party patriots and the OWS rabble. 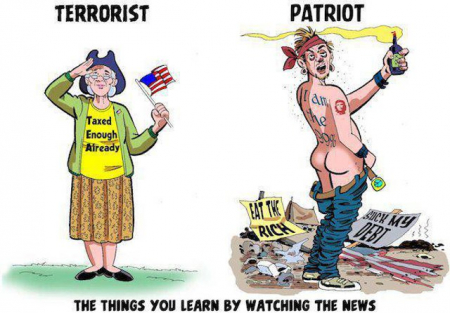 Of course this is the same Lamestream MSM that consistently describes illegally squatting, theft, assault, spreading diseases, and disrupting businesses and Americans as “civil disobedience.” One does have to consider the source…

And you know, the OWS rabble and the Leftist media may well be true and staunch patriots. They’re just not American patriots.

This entry was posted on Tuesday, November 22nd, 2011 at 6:04 pm and is filed under Humor, Politics. You can skip to the end and leave a response. Pinging is currently not allowed.

9 Responses to “Variation On A Theme”