Assuming that ObamaCare is passed into law in America, people may in the future be calling the ObamaCare Line as the first step in receiving medical treatment. Here’s what such a phone call might sound like:

The ObamaCare Line – Not Much For Gerontology

Well, as over-the-top and hyperbolic as this video by Concerned Women For America is, all government mandated and administered healthcare plans end up making age-based triage decisions. It probably won’t be a blatant as this video though; they’ll do it via the physicians’ reimbursement schedules instead.

But, since people tend to become less Liberal as they age and gain wisdom, the hold music would probably be a better triage mechanism since it would drive them away. 😉

This entry was posted on Thursday, October 29th, 2009 at 4:36 am and is filed under Humor, Politics. You can skip to the end and leave a response. Pinging is currently not allowed. 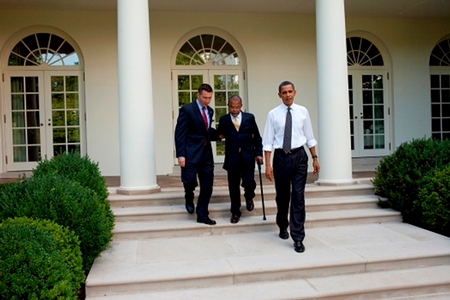