Winter solitude–
In a world of one color
The sound of wind.

This entry was posted on Friday, January 20th, 2023 at 7:00 am and is filed under Philosophy, Religion, Society. You can skip to the end and leave a response. Pinging is currently not allowed. 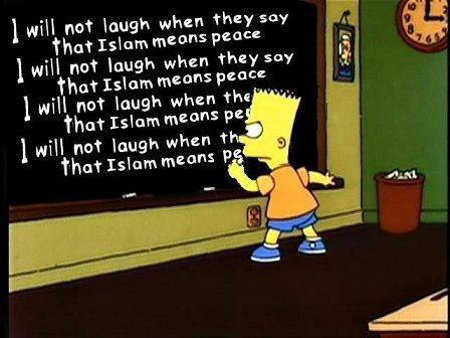 This entry was posted on Friday, January 23rd, 2015 at 9:28 am and is filed under Humor, Politics, Religion, Society. You can skip to the end and leave a response. Pinging is currently not allowed. 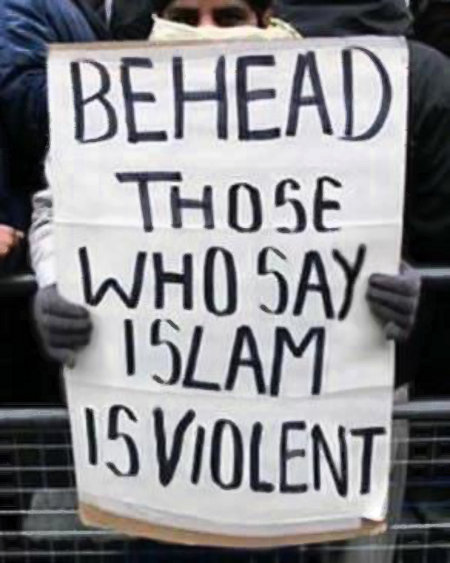 This entry was posted on Monday, November 12th, 2012 at 11:51 am and is filed under Humor, Politics, Religion, Society. You can skip to the end and leave a response. Pinging is currently not allowed.

The Religion Of Peace

Muslims and their uselful idiots, the Dhimmis, just love to describe Islam as the “Religion of Peace.” Doing so well serves the Islamists’ agenda.

I think, however, that this can be firmly set aside as a delusional falsehood be each and every vaguely sane person on the planet Earth. Better and far more accurate would be to describe Muhammad’s cult as the “Religion of Outrage.”

Decades of worldwide violence and mayhem in response to any and all perceived insults to their Pedophile Prophet put the lie to any claim that Islam is other than a cult of subhuman violence and perpetual outrage.

Forget the Muslim Terrorism that has been so well documented in recent years. Both Muslims and their Dhimmi apologists, shills, and fellow travelers are actually speaking facts when they claim that only a tiny fraction of Muslims directly engage in actual terrorist activities. Such terrorism is not point and, in and of itself, is not proof of the inherent violence and insanity of the Muslim World.

What the Civilized World needs to pay more attention to- and show far less tolerance for is the widespread, cross-cultural “grass roots” violence that is endemic to the Muslim populations of the world. From Calais to Jakarta and Stockholm to Capetown the standard Muslim response to anything that they feel violates their religious sensibilities has consistently been violent rioting resulting in countless injuries and deaths and property damages in the tens of billions of dollars.

This is a worldwide plague that spans wildly disparate cultures, which shows that it’s religious, not cultural in nature. This isn’t an “Arab problem” or a “Tribal problem” as some want to claim so as to have Islam seem blameless. The only thing that all the violence has in common is Islam.

No. The Religion of Peace is only peaceful when it’s getting it way without any complaint from the Civilized World. In all other times it’s the Religion of Outrage.

This entry was posted on Monday, October 1st, 2012 at 4:18 pm and is filed under Politics, Religion, Society. You can skip to the end and leave a response. Pinging is currently not allowed.

Give Peace A Chance

You almost have to admire the religious fervor of those, mostly Liberals and Progressives, who so hate the thought of law abiding Americans owning and using firearms. Their faith, however misplaced and antithetical to core American values, is so strong that it defies all reality and all facts.

They will gladly do anything to infringe upon the Gods given right of every American to be armed as he or she sees fit for the protection of their persons, their property, and their loved ones.

Their belief seems to be that a totally disarmed society would bring about greater peace and order. 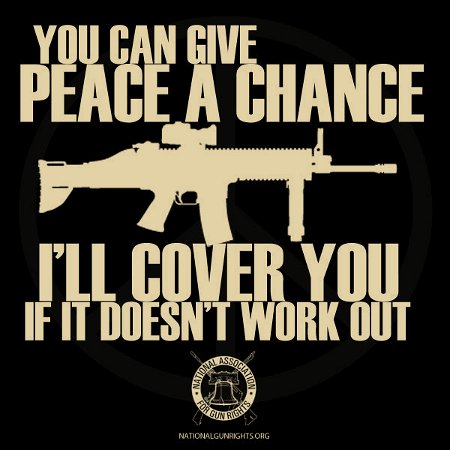 You Can Give Peace A Chance

Of course, I reserve that sentiment for dealing with foreign aggressors and for the protection of women and children. When it comes to domestic problems, if you’re biologically male and nominally adult, your self-defense is utterly up to you. I will, in point of fact, either walk on by or stop to watch the show. I will not waste my time and effort or put myself at risk to save you from yourself.

This entry was posted on Wednesday, June 20th, 2012 at 9:52 am and is filed under Politics, Society. You can skip to the end and leave a response. Pinging is currently not allowed.