Frankly, the Dems – especially those in Congress – should just come out and be utterly so utterly honest. They are, and have been since even before Trump was elected to the Presidency, engaged in a concerted and coordinated coup attempt against the American People’s duly elected POTUS. And they have made it clear that there is no act too base or too vile for them to engage in, even to the point of inciting their base to attempt mass assassinations. 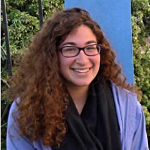 This entry was posted on Saturday, June 29th, 2013 at 2:53 pm and is filed under Ethics & Morality, Musings, Politics, Society. You can skip to the end and leave a response. Pinging is currently not allowed.

END_OF_DOCUMENT_TOKEN_TO_BE_REPLACED

President Obama is supposedly a great admirer or America’s 16th President, Abraham Lincoln.  At least he, his staff, and their media sycophants have made a point of trying to link Obama to Lincoln in many ways. Somehow, given Obama’s actions, I think that this is nothing more than posturing and capitalizing on Lincoln legacy.

I know this would make the Lincoln weep – or have Obama hold off in chains:

As reported by CNN:

But the proposal would be “dead on arrival” if it’s sent to Congress, Sen. Patty Murray, D-Washington, said.

Murray used that blunt terminology when she told Shinseki that the idea would not be acceptable and would be rejected if formally proposed. Her remarks came during a hearing before the Senate Committee on Veterans Affairs about the 2010 budget.

No official proposal to create such a program has been announced publicly, but veterans groups wrote a pre-emptive letter last week to President Obama voicing their opposition to the idea after hearing the plan was under consideration.

The groups also cited an increase in “third-party collections” estimated in the 2010 budget proposal — something they said could be achieved only if the Veterans Administration started billing for service-related injuries.

Asked about the proposal, Shinseki said it was under “consideration.”

“A final decision hasn’t been made yet,” he said.

Currently, veterans’ private insurance is charged only when they receive health care from the VA for medical issues that are not related to service injuries, like getting the flu.

It’s well known by all reasoning Americans that President Obama, like most – if not all – Liberals, has little or know love or respect for the members of the US Military; he’s already made that abundantly clear. This proposed action goes beyond disrespect though; it is an overt act of disloyalty and is an explicit assault on the morale and operating efficiency of our brave soldiers.

Surprisingly and thankfully, even the Democrats in Congress can’t – judging from Sen. Patty Murray’s (D-WA) blunt language – stomach this betrayal of our military

President Obama wants our armed forces to use their own insurance to pay for line-of-duty injuries?  I guess his desire for Universal Healthcare doesn’t extend to the military. Maybe he thinks they don’t deserve it, or that America can’t afford to provide the care they deserve – though we apparently can afford to provide that care for other demographics.

Over the course of man’s history various rulers and regimes have made the mistake of failing to support their armies. Most of them didn’t last overly long,  either due to the military deposing them or the military “failing” to prevent others from deposing them.

This entry was posted on Saturday, March 14th, 2009 at 11:32 am and is filed under Politics. You can skip to the end and leave a response. Pinging is currently not allowed.