The My Choice Argument

Bluntly put, the “My Body, My Choice” argument from the Left is one I’ve heard – or rather read – in the past. It’s an old argument. It is essentially the same argument used by the majority of anti-abolitionists in the decades leading up to the Civil War.

And the core of both the slavers and the abortionists are the same, that the victims aren’t persons. They’re not and lesser to humans and have no rights and only the privileges granted to them by their betters. In the case of abortion, the privilege to live at all.

So, no matter how you look at it, the Left’s primary argument in favor of abortion is the same argument with the same core foundation as the argument in favor of continuing to allow slavery in the 1st half of the 19th Century. And, given how the Left has violently responded to the probably overturning of Roe v. Wade, it may well lead to something akin to next Civil War.

This entry was posted on Tuesday, May 17th, 2022 at 6:09 am and is filed under Politics, Society. You can skip to the end and leave a response. Pinging is currently not allowed.

We Will Bitch About Anything

I believe that, while fundamentally true, Descarte’s famous philosophical statement, “cogito, ergo sum” can be more practically, in today’s world, be expressed as, “I complain, bitch, whine, and get offended, therefore I am.” We will seemingly bitch about anything and everything, even when – or, possibly especially when – doing so detracts or distracts from what is enjoyable or beautiful.

A perfect example of this is Japanese Rope Bondage. Many call it Shibari, while many others call it Kinbaku. And both camps are quite quick and vicious in their attacks upon the other. Also, since this is a Western (gaijin) issue, there are also the normal pack of SJWs stridently denouncing both camps for Cultural Appropriation. 🙄

Yeah, we will bitch about anything.

This entry was posted on Sunday, May 31st, 2020 at 8:45 am and is filed under Society. You can skip to the end and leave a response. Pinging is currently not allowed. 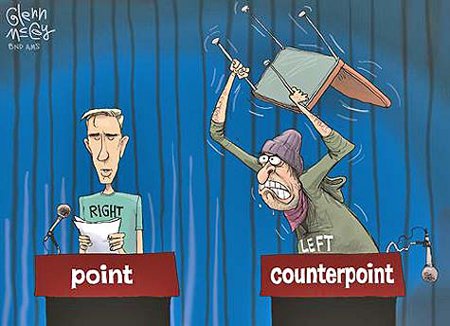