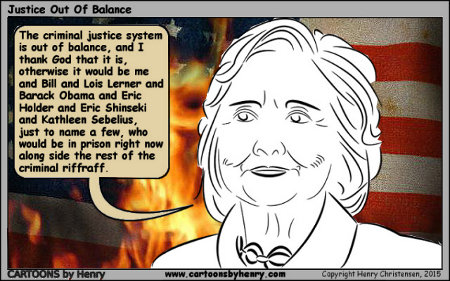 Why Sebelius Is Gone?

Despite earlier promises to stay on the job until after the 2014 midterm elections, HHS Secretary Kathleen Sebelius has announced her resignation. Obama accepted Sebeliusâ€™s resignation earlier this week, and on Friday morning, nominated Sylvia Mathews Burwell, the director of the Office of Management and Budget, to replace her.

Supposedly, the resignation was Sebelius’ choice and wasn’t forced upon her by Obama or his handlers and overseers.

The question I have is how does Sebelius’ resignation benefit Obama and the Democrats.

I find it more than hard to believe that the White House or the DNC either forced or allowed Sebelius to leave her office without something to be gained from doing so. Yet, given the way they handled her resignation and the inherent issues in confirming her replacement, I can’t see how they’d benefit in the upcoming elections from doing this. So why is Sebelius gone?

This entry was posted on Saturday, April 12th, 2014 at 9:07 am and is filed under 2014 Election, Politics. You can skip to the end and leave a response. Pinging is currently not allowed.

In the wake of the abject failure of Obamaâ€™s signature and singular â€œachievement,â€ ObamaCare there have been many calls for the termination of the person most responsible for this abomination, HHS Secretary Kathleen Sebelius. After all, she was the one that was given authority over- and responsibility for the roll-out of ObamaCare’s insurance exchange web application’s deployment and it was on her watch that it utterly failed, leaving American legally bound to purchase health insurance but unable to do so through the federally mandated mechanism that was put in place to allow for that.

Sebelius’ response to these calls for her termination are, in concept, just what any American would expect from a key member of the Obama Regime. They are, however, far more arrogant and honest than is the rule for those people.

The majority of people calling for me to resign I would say are people who I donâ€™t work for and who do not want this program to work in the first place.

That’s right! According to Sebelius she doesn’t work for the American people if they’re Republicans and, despite the plethora of anecdotal evidence to the contrary, it’s mostly, if not solely, the Republicans who are calling for her removal.

To all you various Liberals who’ve called for the removal of Sebelius over her failure to manage the implementation of Obama’s signature piece of legislation – welcome to the GOP! 😆

Of course this is coming from the worthless, irresponsible, arrogant, and autocratic bitch that told Congress that she’d testify before them about her failure only when and if she could fit them into her schedule, so allowances have to be apparently be made for her attitude and behavior.

Personally, I think that creatures like Sebelius are beyond salvaging and can’t learn proper behavior. You just can’t convince them that being a public servant means serving we, the People. Hence, her termination is the only proper course of action. In the case of Sebelius, however, it may become right and necessary to terminate her with extreme prejudice.

This entry was posted on Tuesday, October 29th, 2013 at 4:58 am and is filed under Politics. You can skip to the end and leave a response. Pinging is currently not allowed.

Recently the Obama Regime’s chief baby-killer, HHS Secretary Kathleen Sebelius stood before the the House Energy and Commerce Subcommittee on Health and brazenly said her boss’ plan to force insurance companies to provide any and all contraceptive and sterilization procedures for free wouldn’t cost them anything.

The reduction in the number of pregnancies compensates for the cost of contraception.

There has been much and cry as a result of her distracting comment, as would be expected in this soundbite-driven world.

Largely this outrage is due to most people either not contextualizing Sebelius’ comment or having been provided the context in the first place. Hence, they’re distracted and outrage because Sebelius’ comment, if applied to the larger milieu, would be heinous and quite disturbingly similar to other recent atrocities.

Things are, while still deeply in the realm of WTF, much different when the proper, narrow context is applied to Obama’s HHS Secretary’s controversial Congressional testimony. The actual exchange in question that has generated the uproar was between Sebelius and Rep. Tim Murphy (R-PA)

Murphy: “Who pays for it? There’s no such thing as a free service.”

Sebelius: “The reduction in the number of pregnancies compensates for cost of contraception.”

Murphy: “So you are saying, by not having babies born, we are going to save money on health care?”

Sebelius: “Providing contraception is a critical preventive health benefit for women and for their children.”

Murphy: “Not having babies born is a critical benefit. This is absolutely amazing to me. I yield back.”

Sebelius: “Family planning is a critical health benefit in this country, according to the Institute of Medicine.”

What Sebelius was claiming was that it was OK for the Obama Regime to force health insurance companies to give all approved forms of birth control away for free because doing so was supposedly cheaper for them than paying for the pregnancies.

It’s always fun the watch a Liberal faced with real questions.  Never having an actual answer, they fall back on one or more of their cult mantras. Can’t think? Chant.

Rep. Brett Guthrie (R-KY), a member of the subcommittee, later summed up the rational response to Sebelius’ statement better than I could.

Their argument is this: Health insurance companies will offer it for free because they make money. You reduce the number of people getting pregnant therefore you reduce the cost of pregnancy, or low birth weight pregnancies or other kind of pregnancies.

That about sums it up. If the “oh-so-greedy” insurance companies would make money off of giving contraceptives and sterilizations for free, wouldn’t they already be doing it?

Think about it objectively! If the insurance companies are as heartless and greedy as the Leftists portray them to be and giving away contraceptives was a cost benefit wouldn’t they already be doing so and using it as a reason not to cover prenatal, birth, and postnatal procedures since those were easily and freely avoidable medical conditions and are ones even Institute of Medicine supposedly says are critical to control?

No. Be outraged at Sebelius’ perfidy, stupidity, and mindless following of the Liberals’ dogma. Don’t be suckered into being outraged over things that, in context, were never said or implied.

This entry was posted on Wednesday, March 7th, 2012 at 6:30 pm and is filed under Politics. You can skip to the end and leave a response. Pinging is currently not allowed.

No CLASS No Surprise

The only two examples of class shown by the Obama Regime have been class warfare and the CLASS Act, that part of Obamacare which provided insurance coverage for home health-care options for adults who became disabled. Now it seems that there will only be class warfare as those who do Obama’s more subtle wetwork have decided to put an end to CLASS.

The CLASS Act (Community Living Assistance Services and Supports) program was canceled by Health and Human Services (HHS) Secretary Kathleen Sebelius after a failed 19-month effort to find a way to make it financially viable.

There’s no real surprise in this. CLASS was doomed to failure from the start for well known reasons.

In a letter to Congress, Sebelius wrote, “Despite our best analytical efforts, I do not see a viable path forward for CLASS implementation at this time.”

The CLASS program was similar to long-term care plans available in the private sector in which workers sign up and pay a monthly premium. It was voluntary and was to be paid for entirely by the premiums from those who signed up. In return, subscribers would get a daily benefit.

But a senior administration official told CNN that there were big questions whether CLASS could be self-sustaining even when the health care reform law was being considered by Congress. And as a result, lawmakers specified that the HHS secretary had to determine that the program would be sustainable for 75 years before certifying it.

This outcome was well understood by all involved. CLASS’ savings were frontloaded and its costs were backloaded. Hence, in the first decade CLASS would have been a net budgetary saving and a viable program but after that – 2020 onwards – it would have become a budgetary center.

People have to understand that the Obama Regime never intended for the CLASS Act to actually go into effect, though I believe they’d have been perfectly happy if it had done so. It was nothing more than a cynical ploy to get public support for the rest of Obamacare and something that could be later used as bargaining chip if Obama and his Liberals remain as a credible threat in DC after 2012.

This entry was posted on Tuesday, October 18th, 2011 at 8:29 am and is filed under Politics. You can skip to the end and leave a response. Pinging is currently not allowed.