With Obama being reelected and Americans being unable to retake the Senate, Obamacare will continue to be a fact of American life and death. 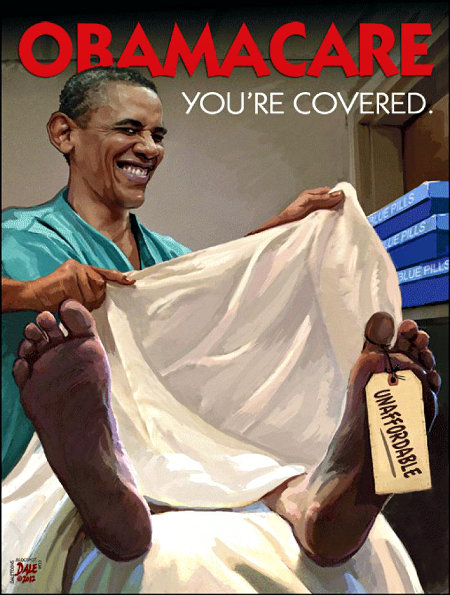 That’s a grim prognosis, given that businesses are already failing, cutting back on staff, or moving out of the country due to the already known and implemented portions of the PPACA. Once 2014 rolls around and the rest of this cancerous abomination is enacted upon us things are going to get a lot worse.

The best that we can hope for is that the economy, especially that part of the American economy that produces jobs, will be moribund but stable. The more likely outcome is not so rosy.

Then again, Obamacare is the sort of pathology that can be solved by a Magic Bullet or two. 😉

This entry was posted on Thursday, November 22nd, 2012 at 8:38 am and is filed under Politics. You can skip to the end and leave a response. Pinging is currently not allowed.