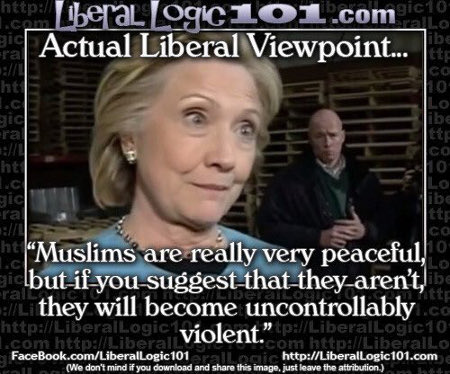 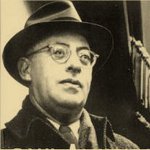 This entry was posted on Friday, March 18th, 2011 at 5:39 am and is filed under Politics, Society. You can skip to the end and leave a response. Pinging is currently not allowed.

Does it make anyone but myself find more than a bit disturbing and sickening that President Obama’s front-group, Organizing for America is not only having its membership swear Oaths Of Loyalty to Obama, but also swearing to spread the “good word” of Obama by going door-to-door, evangelizing President Obama’s manifesto?

I wonder, will they, like the Mormons and the Jehovah Witnesses, bring literature with them? If so, what will it be, one of Obama’s – not one, but two – autobiographies,  Alinsky’s Rules for Radicals, Gore’s An Inconvenient Truth, or possibly Marx’s and Engels’, Communist Manifesto?

I also wonder if this will be purely a grass-roots effort, or if ACORN, CAIR, MEChA, and other similar strong-arm groups will be involved, either openly or covertly.

While I’m sure there are those will who vituperously disagree with with me, I find this Pledge Prject of Organizing for America (formally Obama for America) to be both disturbingly cult-like and counter to many of the core principles of American society. We do not worship our elected officials and we do not swear oaths of loyalty to them; we swear oaths of loyalty only to America.

I do have one lingering question though; does this abominnation come from Obama or from those who have made him their Chosen One? Obama was a community organizer ala ACORN with all that it implies and was tutored in politics and manipulating the masses by the domestic terrorists Bill Ayers and Bernardine Dohrn, so it’s quite possible – but it’s far from a certainty from what I’ve seen and read.

This vile and disturbing behavior could have arisen from his followers and not from Obama himself. I’ve often wondered if Obama created the phenomenom of his following, or if he just capitalized upon their blind faith and quasi-religious fervor. If the latter, I feel sorry for the President if they come to feel that he’s failed them.

This entry was posted on Sunday, March 22nd, 2009 at 9:24 am and is filed under Politics. You can skip to the end and leave a response. Pinging is currently not allowed.

America is about to pass through a crossroads. With Barack Obama about to take office as President of The United States of America a great deal will be subjected to change in our nation. Most of us aren’t truly cognizant of what those changes are expected to be or encompass.

In an attempt to give people the opportunity to educate themselves on what to expect and/or fear from the upcoming Liberal administration I’ve compiled three resources that I believe can provide a basis for understanding what Obama and his administration plan on doing.

The Plan: Big Ideas for America

Rahm Emanuel is Obama’s White House Chief of Staff and Bruce Reed President of the Democratic Leadership Council. Together they wrote The Plan: Big Ideas for America

By combining Emanuel’s Chicago style political streetfighting realism with Reed’s neo-Socialist Utopian agenda, The Plan is a blueprint for an entirely new America, one based on strong federal control and a nationwide, state-run agenda.

Change We Can Believe In: Barack Obama’s Plan to Renew America’s Promise

Yes, another book by Barack Obama. In Change We Can Believe In: Barack Obama’s Plan to Renew America’s Promise

now President-elect – and soon to be President – Obama provides some more details to the airy promises he made during his campaign.

There’s a great deal of overlap between Obama’s “Change” and Emanuel’s “Plan”. It seems that The Plan is the framework that Obama fleshed out to create his plan for his new America.

Assuming that Obama sticks somewhat close to his stated goals, this book will be a valuable source of information about what American’s should expect over the next few years.

Alinsky’s radical teachings influenced Barack Obama in his early career as a community organizer on the far South Side of Chicago. Rules for Radicals

is Alinsky’s manifesto for overthrowing the American governmental and societal structure so as to replace it with a neo-Socialist state.

This book was essentially the blueprint for the Obama presidential campaign.

The tactics for revolution that Alinsky detailed are very applicable to Obama’s view of the desired future of America. American’s should expect these stratagems to be used by Obama’s administration as they move forward with their agenda.

Whether you’re a Conservative, Moderate, or Liberal these three books are important reading. The Plan, Change We Can Believe In, and Rules for Radicals outline the threats posed and/or promises offered by the incoming administration and some of the tactics they will probably use to implement them.

Read, learn, be studiously aware! Whether you loath and fear Obama or see him as the hope for a brighter American future, learn as much of the truth as you can and manage your own expectations.

This entry was posted on Wednesday, December 10th, 2008 at 9:30 am and is filed under Books & Reading, Politics. You can skip to the end and leave a response. Pinging is currently not allowed.