They Can Afford It! 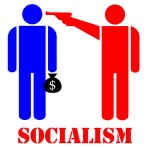 One of the more ubiquitous, and certainly one of the most strident, rants of America’s domestics enemies is that the government should tax the “rich” more – much, much more. This is presented with two generalized rationalizations: the blatant, glaring, and glaringly stupid falsehood that the “rich” don’t pay their fair share and the somewhat less stupid idea that they can afford to pay more so it’s OK to take their wealth from them.

Presenting facts backed up by numbers and charts is, by and large, useless with the Statists and Socialists that call themselves Liberals and Progressives and it’s utterly useless with their minority tenants, who foolishly see themselves as beneficiaries of this agenda. Hence, I’ll leave that aside for now.

I will instead focus on the “They can afford it” rationalization since it is not based upon falsehoods, being instead based upon utilitarianism or consequentialism. I wonder how they would respond to a similar argument on a subject that Liberals have strong and visceral feelings about – abortion.

They Can Afford Them

Let America as a nation and society outlaw the abortion of White babies but continue to allow minorities, especially the Blacks, to engage in the unsavory practice. Let America as a people go so far as to guarantee these minorities access to abortion through subsidies and funding.

Due to the striations in household economies, including access to health insurance, Whites can, more often than not, afford to have these children. While an unplanned pregnancy might be an inconvenience to them, it is unlikely to drive Whites into true poverty. Statistics show this is not similarly true for minorities.

Furthermore, there is a long waiting list for White babies. There are far more prospective adoptive parents than there are White babies up for adoption. This is sadly not true for minority babies, especially Black babies who are seven times less likely to be adopted even after their prices – euphemistically called “adoption finalization costs” – are discounted up to 33% by the various agencies.

Finally, one also has to take the modern definition of racism into account. Since 64% of the women partaking of abortions are non-White, making it illegal for them to continue to do so would cause a disproportionate impact upon these minority women. Such disproportionate impact has been held by the courts to be racist and discriminatory even if the laws or practices in question have absolutely no racial component.

As can be seen from these facts there’s no reasons based upon consequences for continuing to allow Whites to abort their babies but many reasons to make sure that minorities, especially Blacks, are continued to be allowed to do so. The Whites can afford the children and the adoption system can handle those White babies that end up in it; neither is statistically the case for non-Whites.

The arguments above are all factual within the limits of polling accuracy and statistical analysis as applied to population groups. In point of fact, these arguments make up a large part of basis for the Liberals’ ongoing fight to keep abortion legal and have the government subsidize it. That doesn’t make this “modest proposal” any less abhorrent.

Yes, the rich can afford to pay more in taxes. That ability to pay more doesn’t mean that it’s right to tax them more just because others want their money, just as the facts of abortion demographics don’t make it right to base the abortion laws upon individuals’ and society’s ability to afford having and raising the children.

The argument that they can afford it so it’s OK to take from them is an example of the grievous flaws in utilitarianism or consequentialism.

This entry was posted on Wednesday, July 6th, 2011 at 11:06 am and is filed under Politics, Society. You can skip to the end and leave a response. Pinging is currently not allowed. 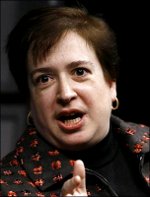