As The Portly Politico recently pointed out, tomorrow, being Easter Sunday, many titular Christians will flock to churches across America for their twice yearly church attendance.

Of course, with so many churches in America, especially the “Liberal Churches” trying to cater to the secular biases of so many different types of people, the question is which Eastertide service will you attend.

This entry was posted on Saturday, April 16th, 2022 at 7:39 am and is filed under Humor, Religion, Society. You can skip to the end and leave a response. Pinging is currently not allowed.

This entry was posted on Sunday, April 12th, 2020 at 8:52 am and is filed under Politics, Religion, Society. You can skip to the end and leave a response. Pinging is currently not allowed. 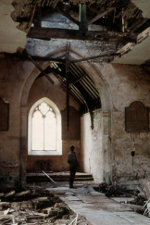 The church began as a fellowship in rural Judea. It grew into a movement in Jerusalem. It became a philosophy in Greece, an institution in Rome, a culture in Europe and, when it came to America, it became a businessâ€¦ a highly profitable business.

This entry was posted on Tuesday, February 11th, 2014 at 9:43 am and is filed under Religion. You can skip to the end and leave a response. Pinging is currently not allowed.