Of course Creepy Uncle Joe’s “explanations” have been nothing be denials without substance or corroborating evidence. But, denial is sufficient for Democrats if and when the accused is a Democrat as well.

It seems like a far cry from their witch-hunt against Brett Kavanaugh but it’s really just the flip-side of the same derangement. They were going to #BelieveAnyWoman and any allegation against Kavanaugh because he was President Trump’s nominee to the SCOTUS and they’re going to #DisbelieveAnyWoman making similar allegations against Biden because he’s their sole chance to unseat President Trump.

This entry was posted on Sunday, May 17th, 2020 at 10:30 am and is filed under 2020 Elections, Politics. You can skip to the end and leave a response. Pinging is currently not allowed.

At first pass, this may seem counterintuitive since Democrats have proven by their unalloyed support of the alleged rapist, Joe Biden to be hypocrites. Yet, it is truer to state that they are not hypocrites; they’re Democrats, since being a Democrat involves a plethora of cultural, cognitive, and moral shortcomings, of which, rank hypocrisy is only one exemplar.

This entry was posted on Wednesday, May 6th, 2020 at 8:20 am and is filed under 2020 Elections, Politics. You can skip to the end and leave a response. Pinging is currently not allowed.

I’m not at this point going to go too far into Creepy Uncle Joe’s issues with women’s personal spaces. They’re well documented, as is my position on them. Hence, those topics don’t really bear repeating.

No, what’s more important right now is the rank hypocrisy being shown by our domestic enemies, the Democrats and their ilk. The captured tweet above sums it up well, as does the “nuanced” and “triangulated” response by #MeToo’s darling, Alyssa Milano. They literally have no problem anymore with Biden’s behavior now that he’s the de facto Democrat Nominee against President Trump for the 2020 Elections.

“Hugs, kisses, and touching that women previously said made them uncomfortable?” That’s not an established pattern of sexual harassment and sexual assault… not if the man in question is their Nominee. #BelieveAllWomen? Not if, as in Tara Reade’s case, that woman is accusing their Nominee!

This entry was posted on Friday, April 24th, 2020 at 7:11 am and is filed under 2020 Elections, Politics. You can skip to the end and leave a response. Pinging is currently not allowed.

Joe Biden’s – aka Creepy Uncle Joe – current woes are actually lamentable, though entirely expected, or almost so. It was likely only a matter of time and “usefulness” before some woman or set of women voiced outrage over Biden’s very well established and documented misunderstanding of people’s, especially women’s, personal space.

So, now Ole Joe is embroiled in debacle and the Left is seemingly split upon the matter, with some siding with Biden and other’s reviling him. And the debacle is exacerbated by both Biden not being able to say he didn’t do it and by his utter inability not to gaffe when put under pressure. And that is, to me at least, both lamentable and very indicative of some of our nation’s current problems.

Yes, Biden has a long history of invading people’s personal spaces and making them uncomfortable. But also yes, all reports indicate that he is a kind man who never once meant anything “appropriateness” by that behavior and held neither disrespect for- or ill will towards anyone he acted in that way towards. And #IBelieveHim! 😉

Yet, according to the Feminists and their enablers, motive and intent don’t matter at all. All that matters is how the woman or womyn feels about whatever happened. Indeed, by the same rules, any argument by a man about his intentions is just “mansplaining,” “patriarchal condescension,” and “enabling Rape Culture.”

But that just brings up the nasty, tangled knot of hypocrisy among the Left over this sort of issue. So many of them made is stridently clear that they “believed” the utterly unconfirmed and refuted accusations against Justice Kavanaugh but believe Biden to the point of accusing the women who complained of being political operatives. But, at the same time, so many of them who signal as true believers of #MeToo, being apparently as against Biden as they were Kavanaugh, seem to be associated with other 2020 Democrat candidates.

Yeah, it’s a lamentable mess. But at least it’s not our problem. It’s the Democrats problem.

This entry was posted on Saturday, April 6th, 2019 at 1:01 pm and is filed under Politics. You can skip to the end and leave a response. Pinging is currently not allowed. 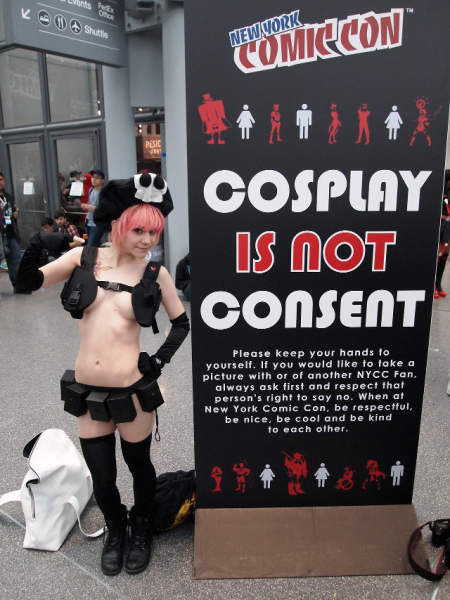