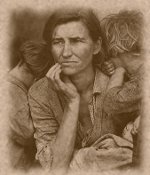 You want jobs? You want companies to start hiring again and start spending their “war chests” on expansion and development? You want unemployment and “underemployment” figures to drop to more comfortable levels? If so, you’d be best served by voting the Republicans into Congress and taking both the US House of Representatives and the US Senate away from the Democrats in the upcoming Congressional Mid-Term Elections because that’s the only thing that likely to work.

The Liberals running the Democratic party’s actions over the last two years haven’t helped assuage unemployment at all. TARP, Porkulus, the Auto Bail-out, ObamaCare,  and the rest of their efforts have not even been aimed at creating jobs – with the exception of bolstering certain union jobs so their personal campaign finances stay in the black – though they’ve tried to spin things to look like they were.

The market knows this and is reacting accordingly. Corporations are sitting on over $1 Trillion in capital instead of using it to expand their production capabilities and workforce largely because Obama, Pelosi, and Reid, along with their coterie of anti-business Leftists have created such uncertainty in the market that it would be utterly foolish for corporations to commit their capital to expansion projects.

Research the market trends since January 2009; every time Obama speaks and every time some piece of his agenda looks to become law or starts being enforced the market drops.

Conversely, when Obama’s silent and stays away from the national stage the market recovers a bit. Tangentially, the same is true of Obama’s approval rating.

The neo-Socialist agenda of “Obamaism” was and is an utter failure. It will have to be quashed if America is to see a true revival and restoration of our economy, one that includes jobs for Americans. That means voting out as many Democrats as is possible in the upcoming 2010 Congressional Mid-Term elections.

Vote enough Republicans into office in the House and Senate to “geld” Obama and the American corporations will almost immediately start using their over $1 Trillion in “war chests.” They know, and the Liberals incessantly bemoan, that the GOP is pro-Business. Since business is the only thing that can drive employment and those businesses know who their friends and enemies are, electing Republicans to Congress will de facto create jobs and lower unemployment.

This entry was posted on Friday, October 8th, 2010 at 7:51 am and is filed under 2010 Election. You can skip to the end and leave a response. Pinging is currently not allowed.

2 Responses to “You Want Jobs?”