It’s quite true that Chicago was safer for the majority of residents and visitors during the past times when Al Capone and his mob effectively ran the city than it is today under Lightfoot or her predecessors of the last few decades. This is, however, an grossly unfair and misleading comparison. Society was different and objectively better in Capone’s time than it is now or has been for some time, and that is what’s causing the city’s collapse and increased danger.

Simply put, society in general and the specific demographic causing most modern violence in Chicago was better in that it was less prone to serious violence in the 1920s than it has been since the 1960s. Hence, while objectively true, the statement that Chicago was safer when Al Capone ran the city is misleading and unfair to a large extent.

Yes, the politicians placed in charge in the past few decades have done nothing to stop the problems, mostly because they cared more about votes from the problem groups and their enablers than in safety and the rule of law. But still, we’re not the same. It’s, while true, it’s not at all fair to compare the current population with their betters of bygone days.

This entry was posted on Thursday, September 15th, 2022 at 7:00 am and is filed under Society. You can skip to the end and leave a response. Pinging is currently not allowed.

According to “experts,” the absolutely safest roads in the world can be found in Norway, with the Nordic nation scoring an impressive 8.21 out of 10 on the study. Indeed, in Norway, only 2.7 people out of every 100 000 die in road accident per year, as opposed to, for example, 11.0 deaths per 100,000 per year in America.

But why is this so? The answer is, of course, both easy and not directly related to anything involving cars, roads, or driving. It’s a matter of linguistics and the polyglot norm of the Norwegians. Face it, anyone who can read English is going to slow down when approaching a fartsdumper (speed bump), and they’re all over the place.

This entry was posted on Saturday, April 23rd, 2022 at 8:20 am and is filed under Humor. You can skip to the end and leave a response. Pinging is currently not allowed.

This entry was posted on Sunday, August 23rd, 2020 at 3:52 am and is filed under Politics. You can skip to the end and leave a response. Pinging is currently not allowed.

This entry was posted on Wednesday, October 2nd, 2019 at 6:36 am and is filed under Humor, Politics, Society. You can skip to the end and leave a response. Pinging is currently not allowed. 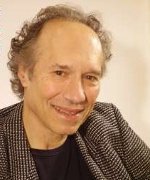