One thing to love and respect about true-born and rightly-raised Americans is that we regularly think outside the box and come up with innovative solutions to the problems and challenges placed before us, e.g., the exorbitant and punitive increase in fuel prices that Biden and the rest of the Democrats have inflicted upon us as a people.

This entry was posted on Wednesday, April 6th, 2022 at 9:48 am and is filed under Humor, Politics. You can skip to the end and leave a response. Pinging is currently not allowed.

And so it restarts. Just as America is starting – by and large and with some leftist hold-outs – to get back to something resembling normalcy, the Lamestream Media starts shilling a second dose of panic, this time regarding COVID-19 variants/mutations A, B, and D.

So yeah! There are certain sorts out there that are bound and determined to make sure we all have Long COVID. And, it’s working for them. Not only are they profiting from keeping a baseline of FUD going, but plenty of people, even fully vaccinated people, are buying into it and saying that they’re not unmasking anytime in the foreseeable future and are, allowed to or not, avoiding crowd situations – including previously normal indoor dining in restaurants.

But, There Is A Bright Side To Long COVID

As I’ve said before, the effects of the coronavirus and the “long haul” panic surrounding it have not had only negative impacts upon society as a whole. The restrictions and difficulties inflicted by the panicdemic did inspire a wave of innovation among some people and industries. And that, my friends, is both beautiful and what Western Civilization is founded upon!

This entry was posted on Saturday, July 10th, 2021 at 6:43 am and is filed under Politics, Society. You can skip to the end and leave a response. Pinging is currently not allowed.

America’s domestic enemies, in their cult-like devotion to big government, often harp on the supposed benefits of government innovation. To be fair, there once was a solid basis for this belief. The government used to provide a great service in aiding new technologies, products, and services reach the People and makes their lives better or easier. 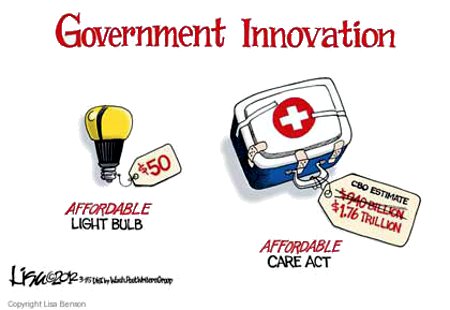 Really! Think about it. The last real innovation of merit by the government was the basic foundational underpinnings of the Internet. Even then, all they developed was the means to create a wide area network. The Internet, as we know it, grew out of the efforts of the private sector.

All the government innovates in these sad, modern times is new and creative ways to funnel Americans’ tax-dollars into the bank accounts of the politicians’ cronies and donors.

I would say that this is sad, but it isn’t really sad at all. It’s an indication that America needs little in the way of innovation in order to secure its borders, its people, and its interests.

This is because the vast majority of real government innovations are funded, researched, and developed by our Defense needs. Even the Internet was a DARPA project originally and even the heyday of NASA was a paroxysm of nationalism and fears of losing space to the Soviets.

This entry was posted on Thursday, July 19th, 2012 at 10:38 am and is filed under Politics, Technology. You can skip to the end and leave a response. Pinging is currently not allowed.

American genius is nigh on axiomatic across the globe – or, at least, it was. It doesn’t seem to be anymore and I’m not sure when, where, how, or why we lost our inventive genius. 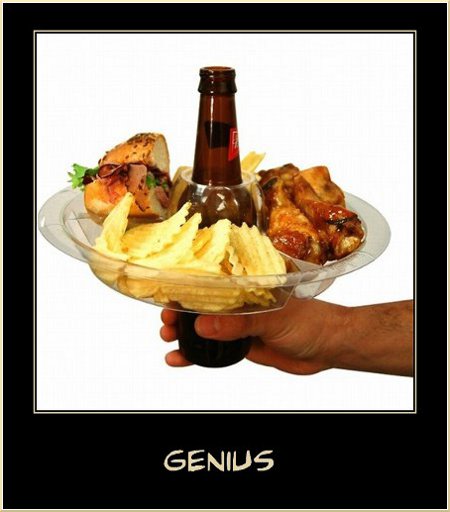 C’mon! This shouldn’t be a “motivational poster.” It should be de rigueur in America. Our nation was built upon our seeing a need – or creating one – and building some widget to fulfill it.

This entry was posted on Monday, April 23rd, 2012 at 8:25 am and is filed under Humor, Society, Technology. You can skip to the end and leave a response. Pinging is currently not allowed.