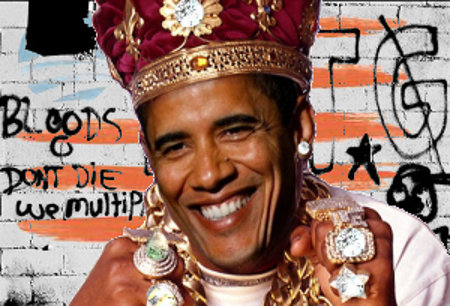 END_OF_DOCUMENT_TOKEN_TO_BE_REPLACED

This entry was posted on Tuesday, May 8th, 2012 at 5:54 pm and is filed under Politics. You can skip to the end and leave a response. Pinging is currently not allowed.

It’s pretty obvious to even the willfully blind that America is in dire straits. It’s quite apparent to Americans that this is largely because over the decades and generations since WW2 we’ve allowed ourselves to tolerate more and more Statism and centralization of power in the country.

What is far, far, far from obvious, even to those who’ve studied politics, history, and social engineering is what can be done about this incremental slide into a federal despotism. This is made much worse by the fact that there’s much argument over how far down the entropic curve we have already slid.

How it happened and how it continues to happen isn’t difficult to explain though. It just takes looking around and also looking back.

One Day It Is Over His Head

What no one seemed to notice was the ever widening gap, after 1945, between the government and the people. And it became always wider. You know, it doesn’t make people close to their government to be told that this is a people’s government, a true democracy, or to be enrolled in civilian defense or the military, or even to vote. All this has little, really nothing, to do with knowing one is governing.

What happened here was the gradual habituation of the people, little by little, to being governed by surprise; to receiving decisions deliberated in secret; to believing that the situation was so complicated that the government had to act on information which the people could not understand, or so dangerous that, even if the people could not understand it, it could not be released because of national security. And their sense of identification with various leaders, their trust in them, made it easier to widen this gap and reassured those who would otherwise have worried about it.

This separation of government from people, this widening of the gap, took place so gradually and so insensibly, each step disguised (perhaps not even intentionally) as a temporary emergency measure or associated with true patriotic allegiance or with real social purposes. And all the crises and reforms (real reforms, too) so occupied the people that they did not see the slow motion underneath, of the whole process of government growing remoter and remoter.

To live in this process is absolutely not to be able to notice it unless one has a much greater degree of political awareness, acuity, than most of us had ever had occasion to develop. Each step was so small, so inconsequential, so well explained or, on occasion, ‘regretted,’ that, unless one were detached from the whole process from the beginning, unless one understood what the whole thing was in principle, what all these ‘little measures’ that few Americans could resent must some day lead to, one no more saw it developing from day to day than a farmer in his field sees the corn growing. One day it is over his head.

Read the paragraphs above and think about them carefully. They aptly describe exactly what has been happening, and continues to happen, in America since the end of WW2. They are also the barely altered and paraphrased words of Milton Mayer in his book, They Thought They Were Free: The Germans, 1933-45.

For some time the disparate but equally horrid visions of Orwell and Huxley have been battling for America’s future and, all the while, Americans have not noticed it anymore than the Germans noticed their government drawing further and further away from them and thereby allowing the rise of Hitler and the National Socialists.

No matter which Dystopian future wins out, however, our children and our children’s children will be slaves to the state. Fundamentally, from the American perspective, it doesn’t matter if its a cruel, classical tyranny or the benevolent despotism of the Nanny State.

The only way to prevent one or the other of these dark futures from happening is to embrace subsidiarity and bring the government back to the people, starting with reining in the federal government and stripping it of many of the powers it has quietly usurped. Yet, at this point, that course of action would carry a great weight of acute pain and misery – most likely more than most would tolerate, even for the sake of their progeny.

This entry was posted on Saturday, May 5th, 2012 at 5:52 pm and is filed under Politics. You can skip to the end and leave a response. Pinging is currently not allowed.