It’s extremely ironic – hypocritical too, if Biden is even aware of his own dementia – that Creepy Uncle Joe is blathering and ranting about keeping firearms out of the hands of the “Mentally Unstable.” 🙄 In theory, this dangerously senile dodderer has the nuclear arsenal of the US at his palsied, liver-spotted fingertips.

Remember, this is the same mush-brained remains of a man who went totally off script and essentially called for a Christian holy war against Russia.

On the bright-ish side, I’m fairly sure that the “Deep State” has taken measures to remove First Strike Capacity from Biden, much like they probably did to President Trump and Obama.

So Easy, So Commonsensical, So Proven To Be Prone To Evil

Give Mr. Bad Hands and his handlers some credit. Arguing to take firearms away from and keep them away from the mentally unstable is seriously easy to say, easy to believe in, and a normative pillar of “common sense gun control.” Who in their right mind would argue against it?

Who in their right mind would argue against it? Anyone with a knowledge and understanding of history.

Across a large swaths of the world, including to our shame America, psychiatry and the declaring of individuals as mentally unstable and unfit has a long and pernicious history of being weaponized and used as a means of tyranny. There is no reason, if the opportunity is presented, for that not to happen here again.

Indeed, it has happened here in the US as recently as 2009, when many veterans returning from Iraq and/or Afghanistan were forced to preemptively and prophylactically present evidence to the Obama Regime’s satisfaction that they were mentally stable enough to resist “right-wing extremism” or have their right to keep arms stripped from them.

But – or also, depending on how you want to approach this – there is neither the capacity nor the will to make anything close to unified registry or repository of mental health Diagnoses across the Several-States. Hence, even if someone was declared mentally unfit, they’d only have to change the state in which they purchased a firearm and/or resided to avoid that prohibition.

So, Biden’s statement is easy to say, but his doing so just another example of his mental incompetence and the mental instability of those who agree with it.

This entry was posted on Thursday, June 16th, 2022 at 8:26 am and is filed under Politics, Society. You can skip to the end and leave a response. Pinging is currently not allowed.

This entry was posted on Saturday, November 3rd, 2018 at 9:41 am and is filed under 2016 Election, Politics. You can skip to the end and leave a response. Pinging is currently not allowed.

This entry was posted on Thursday, June 28th, 2018 at 1:19 pm and is filed under Humor, Society. You can skip to the end and leave a response. Pinging is currently not allowed. 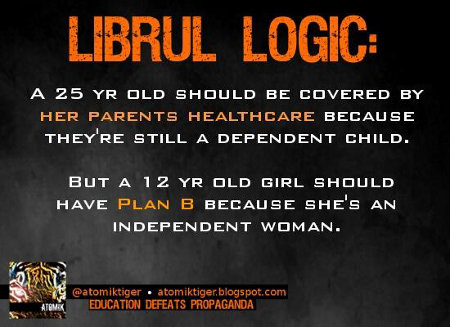 Mental Libtardation Is A Terrible Thing

Truly, mental libtardation is a terrible thing and should, in my opinion, be officially listed as dangerous mental defect and treated accordingly. Liberals and Progressives should, for their own sake, the sake of any children in their care, and the sake of America as a whole, be officially and legally classified as mentally incompetent.

This entry was posted on Tuesday, January 20th, 2015 at 9:48 am and is filed under Politics. You can skip to the end and leave a response. Pinging is currently not allowed.

American society has degenerated to a horrific extent. Community, fraternity, faith, and charity have been deprecated in favor of government largess and coercion. This has brought about the wholesale dissolution of many good and right things that weren’t even part of the equation written by the Statists.

It’s so easy to see only the evil and the darkness.

Some good remains however. Some lights of rightness still flicker in the darkness and depravity. The community in and surrounding Little Chute, Wisconsin seems to be one of them.

That they could come together and give such a gift to a young man who would in most places and by most people be considered “one of the least of these brothers and sisters” shows that there’s still hope.

This entry was posted on Thursday, December 5th, 2013 at 2:02 pm and is filed under Society. You can skip to the end and leave a response. Pinging is currently not allowed.