In Vino Veritas.
In Cervisiam Robur
In Sanguis Fidem.

Three fluids and three separate traits that they bear and provide. In wine there is truth; in beer there is strength; and in blood there is fidelity.

For myself, I say that the third, blood, and the fidelity it brings is the most important of the three. Any truth can be silenced and any strength overcome by treachery. Hence, the fidelity of blood, either that shared or that shed together is greatest.

This entry was posted on Saturday, November 14th, 2020 at 6:59 am and is filed under Society. You can skip to the end and leave a response. Pinging is currently not allowed.

Listening To Your Friends

OK. You got friends and, having them, you like to go drinking with them. After all drinking buddies are a good thing. They make the evening’s bacchanalia a lot more convivial. And you can normally count of them to have some idead of what to do aside from just drinking…

Advice From Your Drinking Buddies

You should, however, probably remember that just because your drinking buddies have given you advice doesn’t mean you have to take it.

Then again, in this age of smartphones and YouTube, talking the advice of your drinking buddies might be your ticket to fame. 😛

This entry was posted on Saturday, January 11th, 2014 at 9:41 am and is filed under Food & Drink, Humor, Society. You can skip to the end and leave a response. Pinging is currently not allowed. 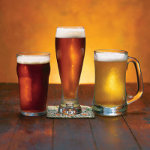 Last night, my friend and I were sitting in the living room and I said to her, “‘I never want to live in a vegetative state, dependent on some machine and fluids from a bottle. If that ever happens, just pull the plug.”

She got up, unplugged the Computer, and threw out my wine.

Beware, my readers. This may well be our futures. 😉

This entry was posted on Friday, January 9th, 2009 at 9:17 am and is filed under Humor. You can skip to the end and leave a response. Pinging is currently not allowed.