For The Longest Time

We’ve Been Hear In Lock-Down For The Longest Time

Honestly, it’s good and heartening to see that some people are showing and sharing a certain level of resilience to the pestilence that is the enforced quarantine and shut-down of society in the wake of COVID-19.

But hey! They’re Canadians and Canadians seems to be possessed of a certain aplomb and fortitude in the face of this sort of adversity.

This entry was posted on Sunday, August 2nd, 2020 at 6:45 am and is filed under Humor, Music, Society. You can leave a response, or trackback from your own site. 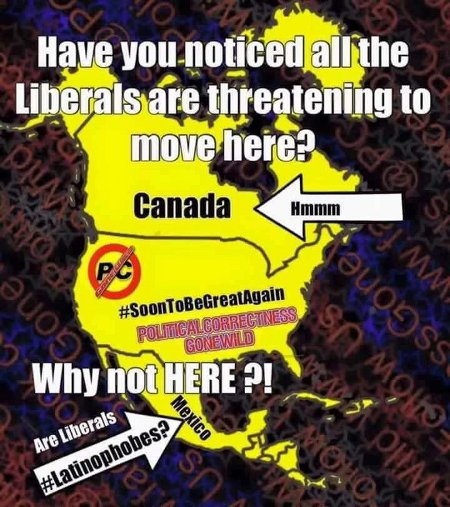 This entry was posted on Thursday, June 9th, 2016 at 6:46 am and is filed under 2016 Election, Humor, Politics. You can leave a response, or trackback from your own site.

The tale of the Hanging Stove is a wonderful story about three intelligent, well-educated men coping with the rigors of the wilderness.

An engineer, a psychologist, and a theologian were hunting in the wilderness of northern Canada.  Suddenly, the temperature dropped dramatically and a blizzard was upon them.

Fortunately for them, they came across an isolated cabin, far removed from any town. The three hunters had heard that the locals in the area were quite hospitable, so they knocked on the door to ask permission to shelter from the storm. No one answered their knocks, but they discovered the cabin was unlocked, so they entered.

It was a simple place — two rooms with a minimum of furniture and household equipment.  Nothing was unusual about the cabin except the stove.  It was large, pot-bellied, and made of cast-iron.  What was strange about it was its location: it was suspended in midair by wires attached to the ceiling beams.

“Fascinating,” opined the psychologist. “It is obvious that this lonely trapper, isolated from humanity, has elevated this stove so that he can curl up under it and vicariously experience a return to the womb.”

“Nonsense!” scoffed the engineer. “The man is practicing the laws of thermodynamics.  By elevating his stove, he has discovered a way to distribute heat more evenly throughout the cabin.”

“With all due respect,” interrupted the theologian, “I’m sure that hanging his stove from the ceiling has religious meaning. Fire LIFTED UP has been a religious symbol for centuries.”

The three debated the point for several hours without resolving the issue.

When the trapper finally returned, they immediately asked him why he had hung his heavy pot-bellied stove from the ceiling.

His answer was simple……… “Had plenty of wire, but not much stove pipe.”

Education is wonderful thing, but it often colors the perceptions of what passes for the intelligentsia and these elitists end up ignoring simple common sense and pragmatism, occasionally to hilarious effect.

This entry was posted on Sunday, January 15th, 2012 at 5:08 pm and is filed under Humor. You can leave a response, or trackback from your own site.

This post is solely due to the emotions that my friend – you don’t really know me so you don’t understand the weight of that word upon my soul -  ichabod dredged up out of my memory by including a simple image in one of his articles.

I refer you, my valued reader, simply to this video – a rare glimpse of Canada’s Bluenose as she lived and loved upon the Widowmaker,

The Bluenose vs. Gertrude L. Thebaud

Years and years ago I stood the deck of the Bluenose II, which was a true replica of the original great lady of the Grand Banks. Standing there I wept. I wept with both the joy of her lines and life and with grief over Man’s casting her and her sisters aside along with the love of them in favor of the practicalities of modern maritime shipping.

I wept as I read and commented on ichabod’s article and I wept still as wrote this one.

I f you can’t understand why I weep without shame over the loss of these grand queens of the seas then the languages of our souls have too little in common with each others’ to ever truly understand each other.

I say that without reproach for I know that I’m a living, or plausible facsimile of living, atavism in this modern and needfully oh-so-practical world.

For those very few who will care, the Bluenose died in January of 1946 when she was gutted on a Haitian reef. With her died an era and large part, – in my estimation – of Man’s soul.

This entry was posted on Sunday, May 15th, 2011 at 2:12 pm and is filed under Musings, Philosophy, Society, Technology. You can leave a response, or trackback from your own site. 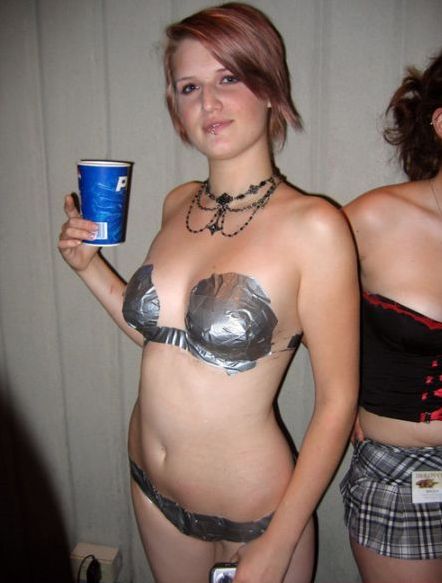 Of course, the alternative, that she’s the girlfriend of a “Red Belt” in the SCA who’s very, very, very desperate for his attention is much more depressing than her being a Red Green groupie is scary. ðŸ˜‰

This entry was posted on Tuesday, March 22nd, 2011 at 2:03 pm and is filed under Humor. You can leave a response, or trackback from your own site.