Now, it’s true that we’ve only oneÂ  reported case so far of a feminist aborting their baby because it was a boy and that case is unconfirmed. Yet, the important part of that is “reported.” We’ve no real idea how many feminists have killed off their own unborn children because they were going to have a son and they believe all men are sexual predators.

Frankly, I wouldn’t be that surprised if this were far more common than we’ve been given evidence of.Â  Given the reasoning of Feminists, it even makes a sick sort of sense that they’d prefer to kill their unborn sons – future predators – in an effort to end the “Patriarchy.”

And it’s not as if sex-selection wasn’t a disturbingly common reason for abortion in the first place, at least outside the Civilized World.Â  It’s certainly not unreasonable or illogical to posit that Feminists, who do not value men, would act in similar, if converse, manner to those cultures who do not value women. There’s little behavioral difference, after all, between misogyny and misandry.

This entry was posted on Sunday, October 21st, 2018 at 9:14 am and is filed under Society. You can skip to the end and leave a response. Pinging is currently not allowed. 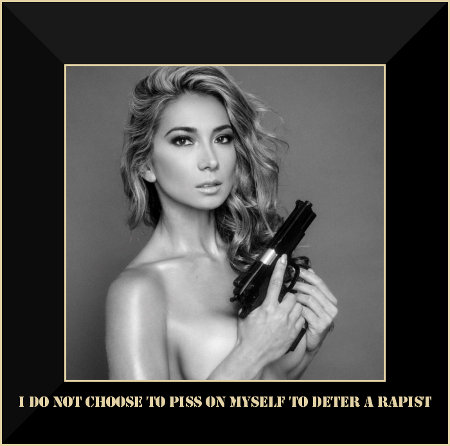 This entry was posted on Tuesday, January 19th, 2016 at 10:06 am and is filed under Politics, Society. You can skip to the end and leave a response. Pinging is currently not allowed.