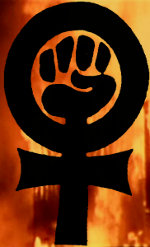 Iâ€™ve heard some people try to say that rape isnâ€™t about sex but rather about power. I want to clear something up: itâ€™s both, because sex is about power. Sex, from an emotional standpoint, is about submission and dominance.

This entry was posted on Monday, October 21st, 2013 at 5:53 am and is filed under Society. You can skip to the end and leave a response. Pinging is currently not allowed.