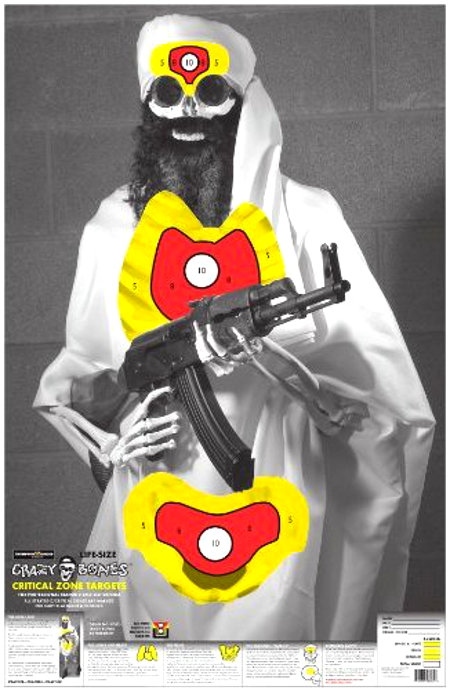 This entry was posted on Saturday, February 16th, 2013 at 9:16 am and is filed under Politics, Society. You can skip to the end and leave a response. Pinging is currently not allowed.

An End To Islamists

The Muslim Brotherhood’s primary US cell, CAIR wants an end to “Islamists” – not the actual Islamists, mind you, just the use of that word by anyone, especially the press. Their ranting and raving mouthpiece, Ibrahim Hooper made it clear they CAIR wants “Islamist” banned in public discourse because there are rarely any positive references to Islamist in news articles”.

Firstly, the only thing involving this Muslim vermin, Ibrahim Hooper that should ever be in the news is the joyous announcement of it’s extermination. But, since I haven’t gotten to him, and others who have more opportunity seem too weak to do what is right, we’re forced to hear or read this incestuous pig-fucker’s jabberings.

As many people make promises to themselves to improve their lives or their societies in the coming year, here is a suggested New Year’s resolution for media outlets in America and worldwide: Drop the term “Islamist.”

The Associated Press (AP) added the term to its influential Stylebook in 2012. That entry reads: “Islamist — Supporter of government in accord with the laws of Islam. Those who view the Quran as a political model encompass a wide range of Muslims, from mainstream politicians to militants known as jihadi.”

The AP says it sought input from Arabic-speaking experts and hoped to provide a neutral perspective by emphasizing the “wide range” of religious views encompassed in the term.

Many Muslims who wish to serve the public good are influenced by the principles of their faith. Islam teaches Muslims to work for the welfare of humanity and to be honest and just. If this inspiration came from the Bible, such a person might well be called a Good Samaritan. But when the source is the Quran, the person is an “Islamist.”

Unfortunately, the term “Islamist” has become shorthand for “Muslims we don’t like.” It is currently used in an almost exclusively pejorative context and is often coupled with the term “extremist,” giving it an even more negative slant.

There are few, if any, positive references to “Islamist” in news articles.

I would hope this little rant of Hoopers would sound familiar to the peoples of the Civilized World as it is nothing but yet another paraphrasing of the IOC’s ongoing attempt to make criticizing Islam a crime. I would also hope that this is a case where familiarity breeds contempt, loathing, and swift reprisal against both the speaker and those it claims to speak for.

For those who think my response to a “simple request” seems extreme, let me remind that CAIR rarely just asks for anything. Any “request” by them must be, given their history of paper terrorism against people who criticize Islam for its subhuman evil, seen as nothing less than a legal preamble or preparatory step for lawfare.

This entry was posted on Sunday, January 6th, 2013 at 11:19 am and is filed under Politics, Religion, Society. You can skip to the end and leave a response. Pinging is currently not allowed.