Antisemitism is ingrained and entrenched in hearts and minds of our domestic enemies, the Democrats of all stripes, that this is a nigh perfect example of their mental contortions and apologetics. Their rank and file truly believe – or have convinced themselves – that it’s just coincidence that the only nation on the planet that they want to actually eradicate is Israel, the Jewish Nation.

This entry was posted on Wednesday, June 5th, 2019 at 7:59 am and is filed under Politics, Religion. You can skip to the end and leave a response. Pinging is currently not allowed. 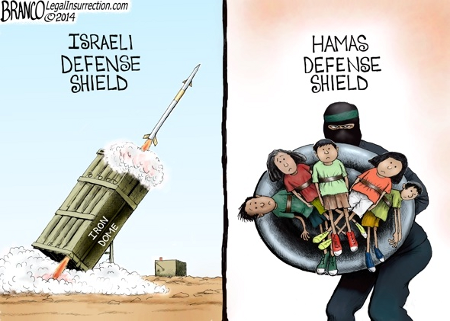 The ever-antisemitic Liberals are assuredly waiting with baited breath for gruesome photos of dead Palestinian children in the Gaza Strip so that they can beat their breasts and the Jews of Israel butchers, murders, criminals, much worse. In their eyes, it’s always going to be the Jews of Israel’s fault for such “civilian” casualties despite the simple facts that Hamas uses these children as their defense shields and that these children are there either willingly or at the command of their parents.

This entry was posted on Tuesday, July 15th, 2014 at 10:20 am and is filed under Announcements. You can skip to the end and leave a response. Pinging is currently not allowed.