This entry was posted on Monday, July 25th, 2016 at 10:49 am and is filed under 2016 Election, Politics. You can skip to the end and leave a response. Pinging is currently not allowed.

“Global Warming Ends!” should be the headline story for this week because it’s now obvious that Global Warming has ended. Oh, not the poorly understood cyclical rise and fall of Earth’s temperatures and not whatever warming effect might be caused by Man’s actions. No, what has finally ended is the farcical hoax and fraud of AGW as a sociopolitical and economic force in the majority of the Civilized World.

This theory is based upon direct scientific evidence. Columbia Journalism Review reports that 17 news organizations, including National Public Radio, Dow Jones, and The Washington Post, submitted an amicus brief in November, demanding access to Michael Mannâ€™s emails during the time period of the Climategate scandals.

The 17 media organizations joining The Reporters Committee include:

The can be little doubt that, if the Lamestream Media and NPR(!) have turned against Global Warming’s cofounder, the AGW hysteria has ended in all but name. All that’s left is the fallout and the repercussions against its grifters who promulgated it.

This entry was posted on Wednesday, March 19th, 2014 at 11:05 am and is filed under Politics. You can skip to the end and leave a response. Pinging is currently not allowed. 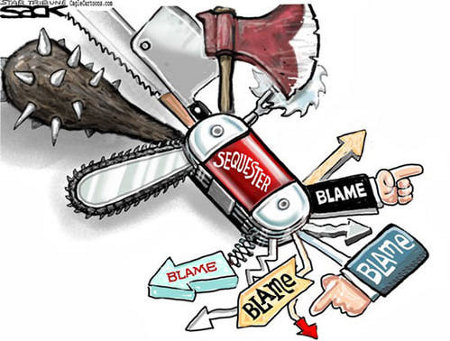 In the tortured argot of Washington, â€œsequestrationâ€ connotes â€œa reduction in government spending.â€ It is thus an exquisite weasel word, the kind that fraud-construction thrives on. Of course, the disease sequestration is meant to treat is only too real â€” our metastasizing cancer of debt. But the political class that lives todayâ€™s high life on tomorrowâ€™s stolen prosperity naturally prefers the illusion of action to the pain that must accompany any real, surgical remedy. So it peddles placebos that have the ring of earnestness and effectiveness: â€œcuts,â€ â€œbalanced approach,â€ and the like.

On examination, these words are seen for the nonsense that they are. In Washington a â€œcutâ€ is not what your family does when it becomes over-extended â€” a spending slash, a commitment to live within oneâ€™s means. It is a nominal decrease in the rate at which government plans, despite our straits, to increase spending. So a â€œcutâ€ lards debt on debt . . . just not quite as quickly.

This entry was posted on Saturday, March 2nd, 2013 at 10:00 am and is filed under Humor, Politics. You can skip to the end and leave a response. Pinging is currently not allowed. 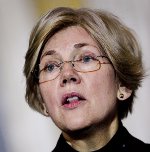 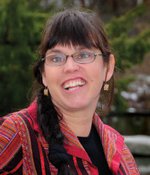