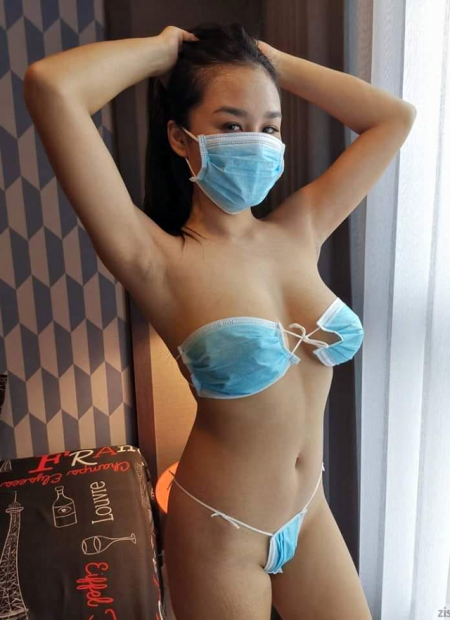 In the wake of the Wuhan Virus aka the CCP Virus aka COVID-19, it’s really important to fight against Sinophobia. It is, however, also important to stay as safe as possible. 😉

This entry was posted on Friday, May 29th, 2020 at 8:34 am and is filed under Society. You can skip to the end and leave a response. Pinging is currently not allowed.

Ah yes! Mr. Wuhan Leung, the least popular Chinese immigrant in the world. And yes! With there being enough evidence to support the hypothesis that the Coronavirus got lose from a Chinese virology laboratory near Wuhan that the US and UK governments are investigating it, this is an apt description.

Of course, the Lamestream Media has been quick to “debunk” this and blame it on “Right-Wing Bigotry and Xenophobia.” Given those sorts’ ideologies and proclivities, however, that is itself further evidence, albeit low-grade, that the hypothesis is true and that “Wuhan Virus,” “China Virus,” or “CCP Virus” are proper terms for this disease.

Also telling is how the Leftists and their pet squints want to both make sure everybody knows two things: it wasn’t developed in a Chinese lab and that “those Right-Wing racists” believe it was. Simply put, while the former is likely true and largely uncontested, the latter is not except for a very few people.

This entry was posted on Thursday, April 23rd, 2020 at 8:07 am and is filed under Politics, Society. You can skip to the end and leave a response. Pinging is currently not allowed.

In These Coronavirus Times, Don’t Be Sinophobic

As, according to certain sorts, one of the greatest perils of the Coronavirus panic is Sinophobia – well, now at least, since our President called it a China virus; before that the media had no issues – we Americans, especially us White Men, need to step up and do the right thing. 😉

And, of course, by the “right thing,” I mean one or Chinese girls. We so need to show that we’re not racist and, if that means, putting ourselves at risk, then so be it. After all, the sorts who are complaining demand that we harm ourselves for the betterment of more protected races.

Sure, it might not be as safe as we’ve come to expect, but it’s the right thing to do, Gentlemen.

NOTE: Not all of these Asian beauties are Chinese. Simply put, the one point upon which I agree with our detractors is that we Americans are not very good at identifying non-Europeans at all.

This entry was posted on Tuesday, April 7th, 2020 at 11:00 am and is filed under Humor, Politics, Society. You can skip to the end and leave a response. Pinging is currently not allowed.