The Democrats are now calling for unity behind their President and their vision for the future iteration of the nation. But their cries for such unity of support and vision do little but call up memories of prophetic works and social commentary of bygone days.

There was from the first very great opposition to the marriage of Nunez and Medina-sarote; not so much because they valued her as because they held him as a being apart, an idiot, incompetent thing below the permissible level of a man. Her sisters opposed it bitterly as bringing discredit on them all; and old Yacob, though he had formed a sort of liking for his clumsy, obedient serf, shook his head and said the thing could not be. The young men were all angry at the idea of corrupting the race, and one went so far as to revile and strike Nunez. He struck back. Then for the first time he found an advantage in seeing, even by twilight, and after that fight was over no one was disposed to raise a hand against him. But they still found his marriage impossible.

Old Yacob had a tenderness for his last little daughter, and was grieved to have her weep upon his shoulder.

“You see, my dear, he’s an idiot. He has delusions; he can’t do anything right.”

“I know,” wept Medina-sarote. “But he’s better than he was. He’s getting better. And he’s strong, dear father, and kind–stronger and kinder than any other man in the world. And he loves me–and, father, I love him.”

Old Yacob was greatly distressed to find her inconsolable, and, besides–what made it more distressing–he liked Nunez for many things. So he went and sat in the windowless council-chamber with the other elders and watched the trend of the talk, and said, at the proper time, “He’s better than he was. Very likely, some day, we shall find him as sane as ourselves.”

Then afterwards one of the elders, who thought deeply, had an idea. He was a great doctor among these people, their medicine-man, and he had a very philosophical and inventive mind, and the idea of curing Nunez of his peculiarities appealed to him.

One day when Yacob was present he returned to the topic of Nunez. “I have examined Nunez,” he said, “and the case is clearer to me. I think very probably he might be cured.”

“This is what I have always hoped,” said old Yacob.

“His brain is affected,” said the blind doctor.

THIS,” said the doctor, answering his own question. “Those queer things that are called the eyes, and which exist to make an agreeable depression in the face, are diseased, in the case of Nunez, in such a way as to affect his brain. They are greatly distended, he has eyelashes, and his eyelids move, and consequently, his brain is in a state of constant irritation and distraction.”

“And I think I may say with reasonable certainty that, in order to cure him complete, all that we need to do is a simple and easy surgical operation–namely, to remove these irritant bodies.”

“And then he will be sane?”

“Then he will be perfectly sane, and a quite admirable citizen.”

To be sure, there’s little to no doubt that the best and kindest of the opinions of Democrats is that Americans’ brains are affected and suffering from a constant state of irritation and distraction from our “diseased” eyes. And, much like the blind doctor, they have a cure to return us to their version of sanity.

This entry was posted on Wednesday, November 11th, 2020 at 9:35 am and is filed under 2020 Elections, Politics. You can skip to the end and leave a response. Pinging is currently not allowed. 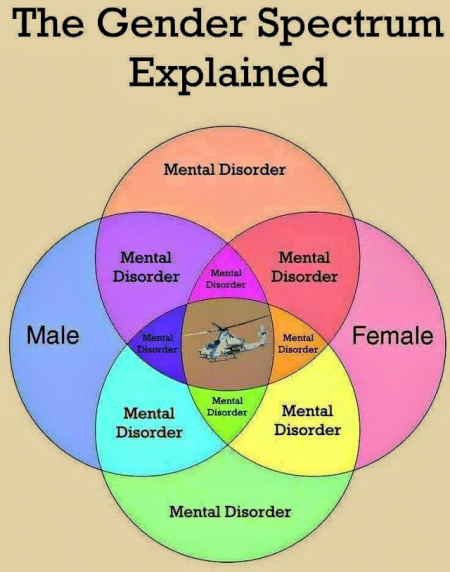