The Year Of The Rabbit

Today is the Asian Lunar New Year and the beginning of the Year Of The Rabbit.

So… Relax, Think Happy Thoughts, Get Lucky, And Make Some Babies?

Yes, in China and across most of Asia, this now the Year Of The Rabbit, specifically the Water Rabbit. It is considered the luckiest zodiac year, characterized by peaceful and patient energy, good luck, creativity, and fertility.

But, in Vietnam, It’s The Year Of The Cat

So, so as to both limit Chinese cultural tyranny and to make some inroads against my own personal anti-Vietnamese bias, here’s some fine cats as well. After all, 50 years is a bit long to hang on to that level of hate. 😉

This entry was posted on Sunday, January 22nd, 2023 at 9:00 am and is filed under Society. You can skip to the end and leave a response. Pinging is currently not allowed.

My life has been such that I have traveled the world – though, oddly, I’ve spent very little time in Europe – and have lived for somewhat extended periods in many countries and on every continent except Antartica (I turned down the job). Of them all I’m missing Asia the most right now.

I think it’s safe to assume, given the 15 examples I’ve provided above, you can see and understand why I’m missing Asia. Very few men who have experienced the beauty and bounty of Asia fail to miss it when they’ve left.

This entry was posted on Wednesday, June 17th, 2015 at 1:00 pm and is filed under Society. You can skip to the end and leave a response. Pinging is currently not allowed.

Look To The East

The West, especially the Civilized West, is crumbling under the weight of its degenerating society. So, gentlemen, perhaps you should look to the East for joy, pleasure, and fulfillment. After all, the Sun does rise in the East and there must be some meaning in that.

Look To The East

So why not, my fine fellows, look to the East? The women are beautiful and they value femininity, comportment, and grace over the harsh and unnatural “degenderification” that seems to be favored by the modern, toxic wave Feminists of the Western World.

This entry was posted on Saturday, February 15th, 2014 at 8:52 am and is filed under Society. You can skip to the end and leave a response. Pinging is currently not allowed.

Would It Have Happened?

If America couldn’t have expanded westward, would the Civil War happened? Would it have happened without that opportunity for a massive trade imbalanced based upon the divergent costs of labor under respectively slave-holding and purely freemen societies?

Prima facie, this seems to be useless musing but it truly isn’t. It may be a very important question.

Face facts, the Civil War wasn’t a war to free the Black slaves per se. Nobody of any consequence wanted those slaves freed and even the rank and file Abolitionists favored a fanciful deportation / repatriation strategy.

Both the Civil War and most of the serious problems that led up to it were over allowing slavery to expand westward, either by the Southern states or, after the Secession, by a foreign nation. Business interests in the non-Slave states knew that they couldn’t compete against slave labor.

That was then and this is now, and that now includes America not being able to effectively against China, to lesser extent the rest of Asia, and the Developing World where, once again, what amounts to slave labor is used.

That is certainly worthy of consideration.

This entry was posted on Thursday, June 21st, 2012 at 7:11 am and is filed under Musings, Politics, Society. You can skip to the end and leave a response. Pinging is currently not allowed. 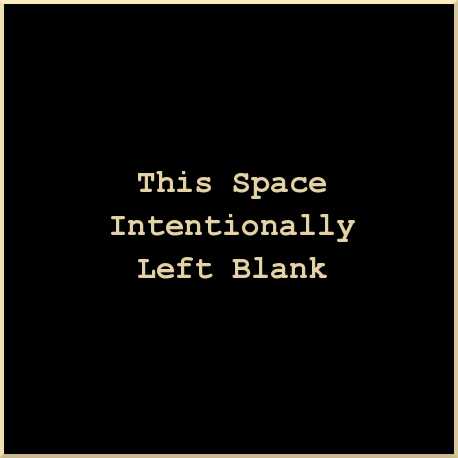 This entry was posted on Tuesday, March 1st, 2011 at 11:04 am and is filed under 2012 Election, Politics. You can skip to the end and leave a response. Pinging is currently not allowed.