It’s politically incorrect to talk about Blacks and theft in the same sentence…unless one is talking about Whites having stole something from the Blacks. However, I’m White and therefor racist, so there’s nothing for me to lose by discussing the fact that the Blacks steal.

I’m not talking about mugging, burglary, armed robbery, or any other form of material-based larceny, though it’s true that the Blacks commit those crimes disproportionately often. No, I’m talking about the Blacks propensity for stealing victimhood and grievance.

Sadly for all involved, this sort of appropriation of other people’s woes, is a core part of the pathology of the “Black Community’s” communal psychosis.

Blacks have a extremely hard time disassociating themselves from other Blacks that have had a bad experience. Most cannot do so if they feel that race played a part in that experience or its outcome. In all truth and despite repetitive claims that Blacks aren’t monolithic, the Blacks do not, when there’s any feeling of victimization, operate as individuals. Blacks will identify with other Blacks, seeing them as models or archetypes, not as individuals. Then they compulsively internalize that Black’s pain, angst, or outrage – valid or not – into their collective identity.

This is why whenever a Black is considered to have been wronged somewhere in America riots and protests break out in Black communities across the country. It’s an unfortunate result of the “Black Community’s” communal psychosis.

Nor is the Blacks’ pathology limited to the modern day; it encompasses and subsumes their history as well. Rare is the Black who can look in the mirror and not see an African, many whose ancestors were brought here against their will. Rare is Black who can move beyond the truth that they the descendants of slaves. No, that centuries-old pain – pain that was inflicted on others long, long, long in the grave – is the centerpiece of their collective identity and that pain and fear, stolen from history, percolates deep inside them and they are largely powerless to repress it.

So yes, the Blacks steal and it’s exactly this specific sort of theft that prevents them from success.

This entry was posted on Friday, January 9th, 2015 at 10:49 am and is filed under Society. You can skip to the end and leave a response. Pinging is currently not allowed.

Let me be blunt. We here time, and time, and time again been subject to both the Blacks’ and their Liberal and Progressive enablers’ nigh on incessant ravings about the supposed “White Privilege” that somehow does damage to America.

Let us instead – for the sake of honest and fair representation – look at Black Privilege, i.e., those privileges garnered by the Blacks without any consideration for their merits or lack thereof.

Let us then sum it up, based upon the above-cited specific privileges. Black Privilege is specifically the privilege of being excused for one’s wrongdoings and failures, real or imagined, solely based upon being of the same race as those who were long ago sold to Americans as chattel.

This entry was posted on Tuesday, December 23rd, 2014 at 7:11 am and is filed under Politics, Society. You can skip to the end and leave a response. Pinging is currently not allowed. 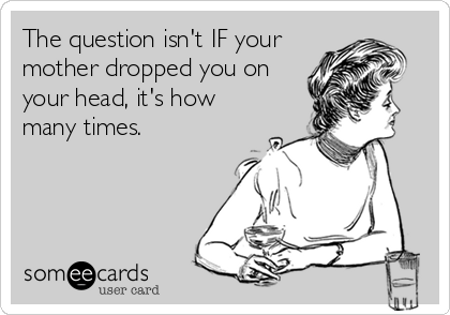 Their Actions Beg The Question

If and when you think about the inherent logical interrupt in these positions, it sort of leaves you wondering as to what was the cause of this particular pathology.

This entry was posted on Monday, May 26th, 2014 at 6:31 am and is filed under Humor, Politics, Society. You can skip to the end and leave a response. Pinging is currently not allowed.

Got Nothing? Pound The Table!

Pulitzer Prize-winning journalist and author George Will brought down the sarcasm hammer on the Liberals with his apt description of their incessant race-baiting as a form of Tourette Syndrome.

And Mr. Will makes a good point. The Liberals, having neither law nor facts on their side, fell back on “pounding the table.” Yet, this tactic became a pathology among them. An automatic and involuntary response to all dissent and criticism.

And yes! Mr. Will is also right in the cries of racism have become a national joke, proving that even mental illness can have positive societal effects.

This entry was posted on Monday, April 14th, 2014 at 10:24 am and is filed under Humor, Politics. You can skip to the end and leave a response. Pinging is currently not allowed.

There’s truly no denying that America has a fundamental problem with its expectations of its healthcare system. Similarly, there’s little rational denial of the fact that ObamaCare won’t improve this and will only matters worse.

So now, of course, we’re about to be saddled with the OCD-10.

OK, it’s actually the ICD-10 (International Classification of Diseases, version 10), not the OCD-10, but it certainly looks to be an example of Obsessive-Compulsive Disorder on the part of the World Health Organization (WHO). ICD-10 will increase the number of diagnostic available codes from approximately 17,000 in ICD-9 to over 155,000. If that’s not a case OCD, I don’t think I really want to know what it is.

There are many who wouldn’t this would be a problem, which is why a large part of why it’s been largely ignored outside of medical circles. The other reason being that the Lamestream Media is loath to add to the woes of Liberal politicians in an election year. Sadly, that ignorant majority is wrong; this is a problem, both financially and operationally.

For decades the US has used the WHO’s ICD as a way to standardize billing for medical procedures. Resultantly, medical practitioners have to use the proper codes in order to get reimbursed by health insurance companies or the government. These massive and largely nonsensical changes to the ICD will directly and adversely effect the operational efficiency of America’s entire healthcare industry.

According to the American Medical Association (AMA) the costs to medical practitioners in terms of physician productivity losses, payment disruptions, training, testing, and practice assessments, as well as the implementation itself will be staggering…and, not the least bit surprisingly, drastically higher than earlier estimates.

The markedly higher implementation costs for ICD-10 place a crushing burden on physicians, straining vital resources needed to invest in new health care delivery models and well-developed technology that promotes care coordination with real value to patients. Continuing to compel physicians to adopt this new coding structure threatens to disrupt innovations by diverting resources away from areas that are expected to help lower costs and improve the quality of care.

In the end it will the American people seeking medical attention that will bear the burden of these regulation-imposed costs, both in direct increases in their medical costs and in the loss of medical access due to smaller practitioners being driven out of business, the reduction in medical advances, and the natural self-protection instincts of medical practitioners who may well take more conservative approaches is treatment rather than risk not being reimbursed in a timely fashion, or at all, for expensive, aggressive procedures.

This entry was posted on Sunday, March 9th, 2014 at 10:42 am and is filed under Politics, Society. You can skip to the end and leave a response. Pinging is currently not allowed.