Currently, in the context of the various government responses to COVID-19, this easily steps over the line into abuse due to there not being equal protection under the law. Instead, many people are told to stay in Lock-Down while groups and activities favored by certain politicians are exempt from this.

Sadly for the nation, too many people either don’t understand this or don’t care. That makes it hard to enact a solution to the problem.

This entry was posted on Tuesday, August 4th, 2020 at 1:18 am and is filed under Politics. You can leave a response, or trackback from your own site.

If People Were Told …

While I’m not against all, or even most, of the initial responses to COVID-19, the blind, slavish, eagerness that a lot people showed towards following what were quite destructive and draconian quarantine measures is quite disturbing. Not surprising, but quite disturbing.

And the way you jumped on the social engineering point of this all being to protect others instead of ourselves and branded any dissenters as public enemies, was and is even more disturbing.

This entry was posted on Monday, August 3rd, 2020 at 9:39 am and is filed under Politics, Society. You can leave a response, or trackback from your own site.

To most Americans it’s obvious that Facebook’s bans are the conspiracy. They’ve doubled-down on probably illegally silencing certain sorts of speech and certain sorts of speech only, while letting at least as “dangerous” things go by without censure or censorship. Indeed, they developed the habit of actively defending their preferred narrative by banning dissenting or complaining comments and those that made them.

This entry was posted on Wednesday, May 8th, 2019 at 8:40 am and is filed under Politics, Society. You can leave a response, or trackback from your own site.

“If your message is ‘not-Trump,’ it’s not going to work,” the Democratic presidential hopeful told about 500 supporters who packed a rally at a high school gymnasium in Reno. “Our job it to talk about our vision.”

This entry was posted on Friday, April 19th, 2019 at 8:13 am and is filed under 2020 Elections, Politics. You can leave a response, or trackback from your own site. 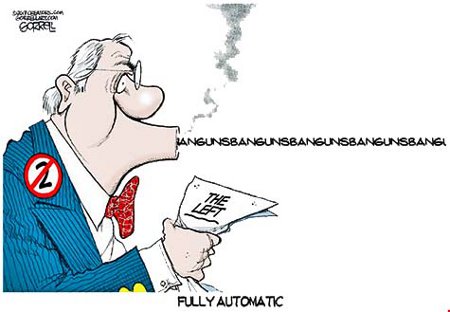