I’m not really a fan of Glenn Beck and never was one. But, right is right and the truth is always the truth. And, Mr. Beck’s statement about how the Left within our nation’s borders twists and mangles our language in order to further their agenda and to villainize our people, our culture, and our nation. The definitions within the Liberalexicon are ever-changing, born upon the chaotic, angry winds of the Left’s failures.

Whenever anything on the Left doesn’t like an outcome it simply misdefines terms in order to change the argument and to place blame where it wants it to be. The Left and their hangers-on truly believe that words mean whatever they want them to mean.

This entry was posted on Saturday, December 3rd, 2022 at 7:00 am and is filed under Ethics & Morality, Liberalexicon, Politics, Society. You can skip to the end and leave a response. Pinging is currently not allowed. 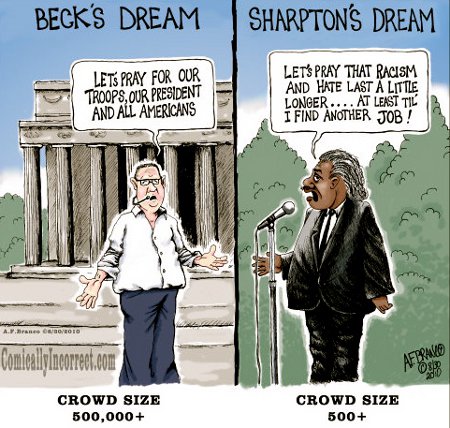 This entry was posted on Tuesday, September 13th, 2011 at 6:39 am and is filed under Humor, Politics, Society. You can skip to the end and leave a response. Pinging is currently not allowed. 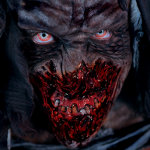 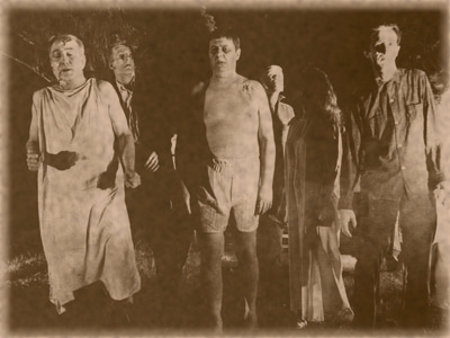 Recently the NAACP passed a resolution condemning Tea Party activism by equating it with racism, a false but all to common attack form from the Leftists and their minority tenants like the increasingly irrelevant NAACP.

One blogger, Andrew Breitbart, responded to this attack upon Americans by posting a video of the USDA’s Georgia State Director for the USDA Rural Development, Shirley Sherrod, recounting her racist attack upon a White farmer to a NAACP gathering and the applause and approval the tale got from the Blacks there.

President Obama’s administration responded by having their Agriculture Secretary, Tom Vilsack force her to resign. The NAACP responded by issuing a statement saying that they condemn behavior such as that shown by the now unemployed Shirley Sherrod. This was all done openly and within a matter of hours in order to minimize the damage that such statements as Sherrod’s could do to the Obama Regime and the NAACP.

One problem – the video, while not fake, was so heavily edited that it largely misportrayed Shirley Sherrod statements. She was, in point of fact, recounting her past racist behavior and how she overcame those prejudices and her bigotry.

Watching this debacle unfold reminded me of an old adage, “Turnabout is fair play.”

President Obama, the USDA and Agricultural Secretary Tom Vilsack, the NAACP, and – very sadly – Mrs. Sherrod were faced with the exact same sort of attack that Whites and organizations perceived as being White-dominated have been faced with on a nearly daily basis for years – and they responded to the attack in exactly the same manner as America’s society, rife with political correctness and ethno-guiltism, has demanded that Whites do.

All that happened was that the roles of race-baiting grievance-monger and reactionary victim trying to minimize the damage were reversed and I, for one, am smiling at the reversal of positions but the consistency – dare I say equality? – of the responses.

Yet, all schadenfreude aside, I’m not unaware or unmindful of another old adage, “Two wrongs don’t make a right.”

Mendacity and race-baiting of this sort is vile and pernicious irregardless of the respective ethnicities of the attacker and victim. Mr. Breitbart certainly shouldn’t be lauded for his actions any more than Al Sharpton or Jesse Jackson should ever be lauded for theirs.

Cowardice, cynicism, and lack of judgment are also severe ethical failings irrespective of the race of those who exhibit them. President Obama, the USDA, and the NAACP should certainly be taken to task for the nature of their response to Breitbart’s attack just as too many other people and groups to name should be for responding to race-baiting attacks in the same general manner.

Perhaps though, this old adage might be wrong in this case; perhaps these wrongs can make a right. Now that America has a this very public role reversal in the racialist attacks it might just be the case that, in the wake of the damage done to both President Obama and the NAACP, that there will be a reduction in the race-baiting rhetoric and attacks that have become so ubiquitous since Obama’s election.

I’m neither ignorant of history nor insane, so I don’t hold much hope of this. I do, however, hold a little bit of it though; having your favorite weapon used upon you is often quite educational – a teaching moment, if you will.

This entry was posted on Thursday, July 22nd, 2010 at 6:43 pm and is filed under Politics, Society. You can skip to the end and leave a response. Pinging is currently not allowed. 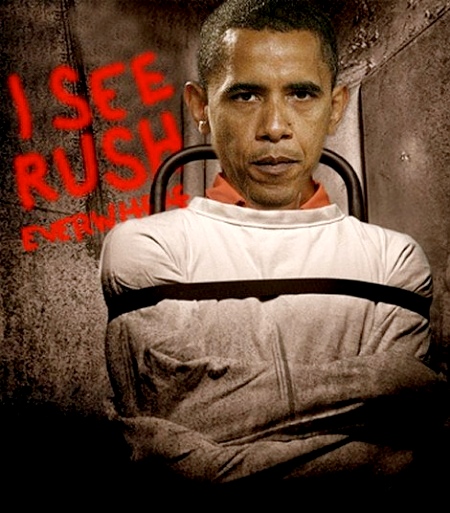