That’s one of the biggest and most important, if not the biggest and most important, threats facing the Civilized, Free, Western World today – the blurred and biased line between facts and fiction today. Between the Lamestream Media’s Fake News and Social Media’s “Fact Checkers,” it’s largely impossible for anyone to distinguish between facts and fiction.

But then, this hellish situation should hardly be considered unexpected. After all, just as an informed Citizenry is necessary to Democracy, a misinformed Citizenry is needed for tyranny to sink its roots in society. And there are certain sorts who sorely desire such tyranny… for all the best reasons of course.

This entry was posted on Saturday, April 3rd, 2021 at 6:11 am and is filed under Politics, Society. You can skip to the end and leave a response. Pinging is currently not allowed.

Yeah! Honestly, it’s like that. Certain sorts seem to love to tell Americans to check their facts and then, as supposed evidence, present articles from CNN or other Lamestream Media sources as evidence that the Americans are wrong.

And, of course, those Lamestream Media sources are so very careful about their fact-checking. They very much don’t want to tell something that the Leftists’ magisterium has decried as blasphemous or heretical. The cost to them would be too high.

Then, we must accept that this problem of “alternative facts” will continue. After all, Americans and the sorts who tend to vote Democrat don’t even have the same definition for many things.

This entry was posted on Tuesday, May 5th, 2020 at 10:20 am and is filed under Politics, Society. You can skip to the end and leave a response. Pinging is currently not allowed. 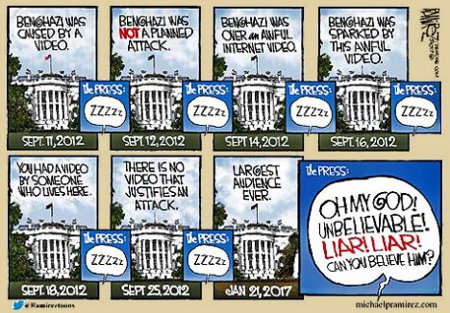 This entry was posted on Wednesday, February 8th, 2017 at 6:54 am and is filed under Politics. You can skip to the end and leave a response. Pinging is currently not allowed.